With its honey-hued brickwork, sweeping Georgian crescents and rolling surrounding countryside, Bath is frequently cited as one of Britain’s prettiest cities. Sitting on the edge of the Cotswolds, this stylish spa town was founded in the 1st Century by the Romans as a thermal spa, but it was the Georgians who transformed it into a fashionable metropolis. Owing to its rich history, the whole city earned UNESCO World Heritage status in 1987. 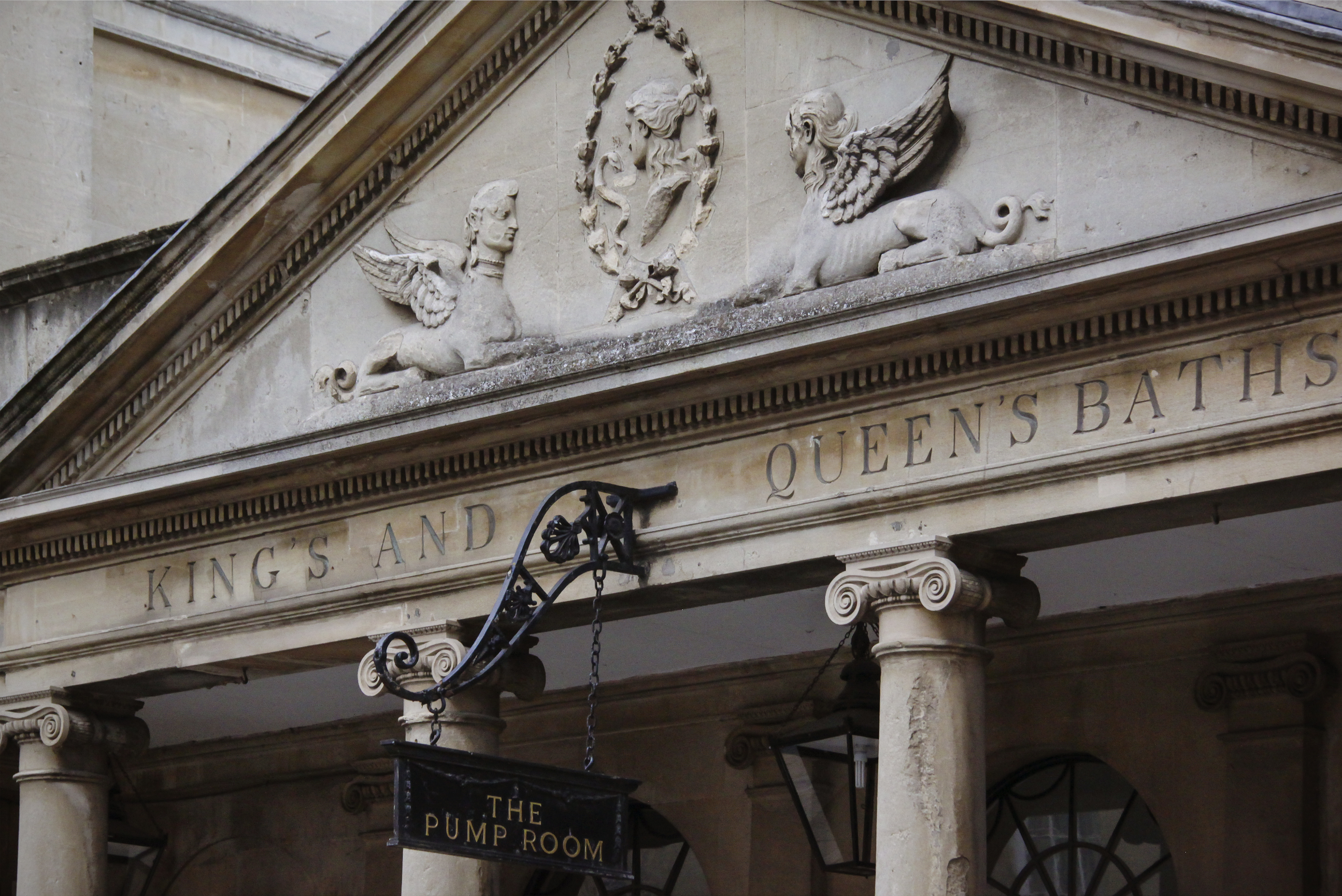 Most of Bath’s buildings were built from local Bath stone during its heyday as a gentile Georgian spa town (Photo: Kotomi via Flickr / CC BY-NC 2.0)

While the thermal waters are still a big draw, there’s plenty more to experience beyond the baths. This compact and highly walkable city is crammed full of culture, independent restaurants and breweries, and spectacular green spaces. Here are ten free or affordable things to do in Bath.

1. Take in the view along the Bath Skyline Walk 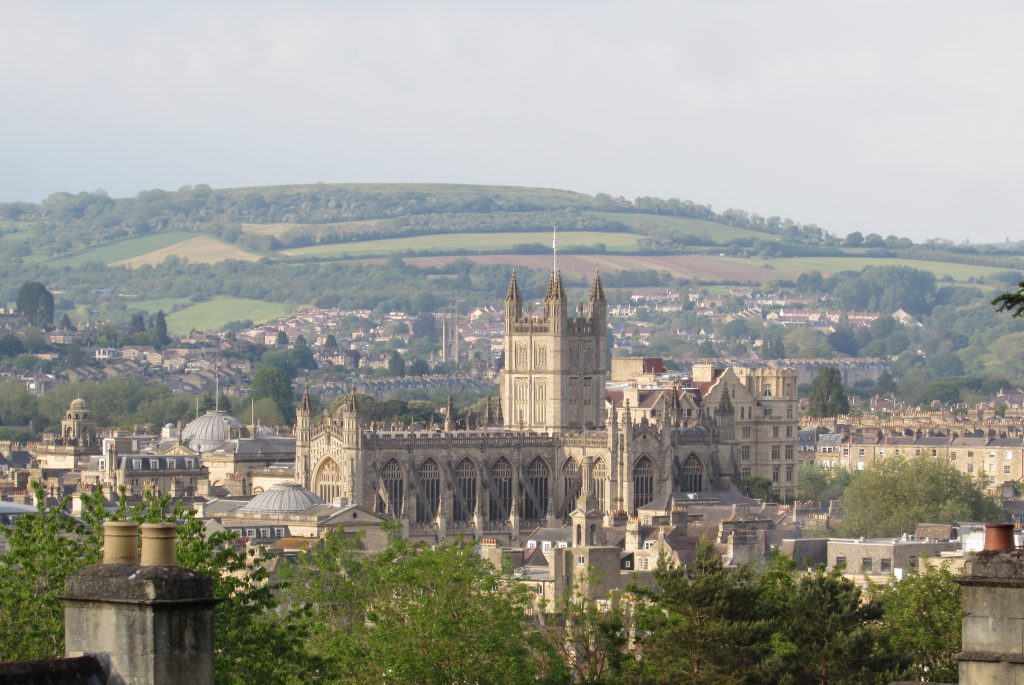 Views of Bath City along the Bath Skyline (Photo: Michael Day via Flickr / CC BY NC 2.0)

One of the most popular National Trust walks in the region, this six-mile circular route takes visitors across hidden waterways, through ancient woodlands and along hilltop downs. It’s a steep – but mercifully short – climb to the start-point at Bathwick Fields but it’s worth the effort. The route offers spectacular views over the whole city and surrounding Somerset countryside, as well as ancient Roman settlements, an Iron Age fort and plenty of wildlife along the way.

2. Take a free walking tour with the Mayor of Bath’s Honorary Guides 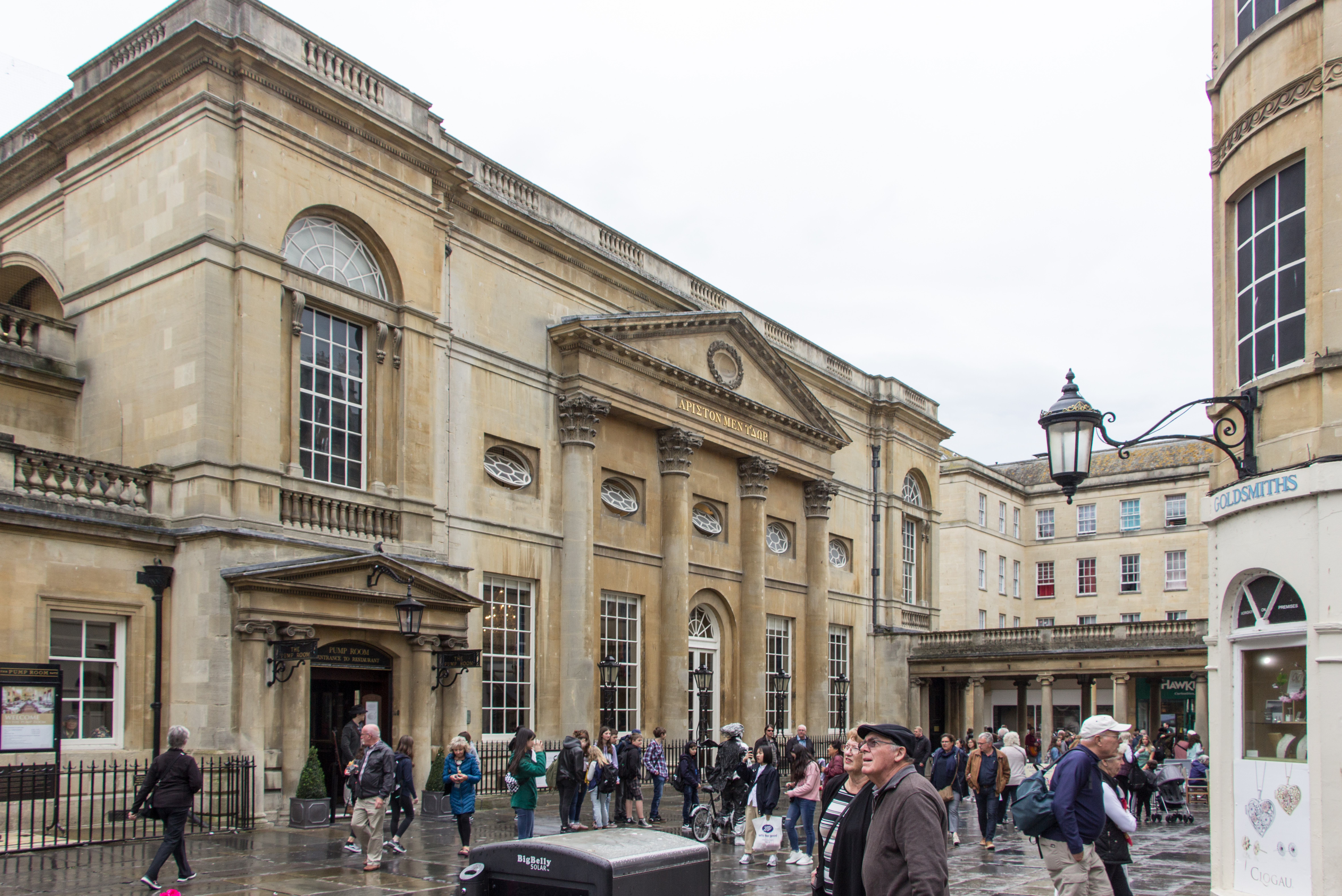 Bath is easy to navigate, but if you’re in need of a little inspiration the Mayor of Bath’s Honorary Guides offers free walking tours daily at 10.30am and 2.00pm. Tours meet outside the Pump Rooms in the Abbey Churchyard and cover around two miles of the city’s most celebrated landmarks, including the Roman Baths, the Assembly Rooms and The Royal Crescent. Tours run for approximately two hours. 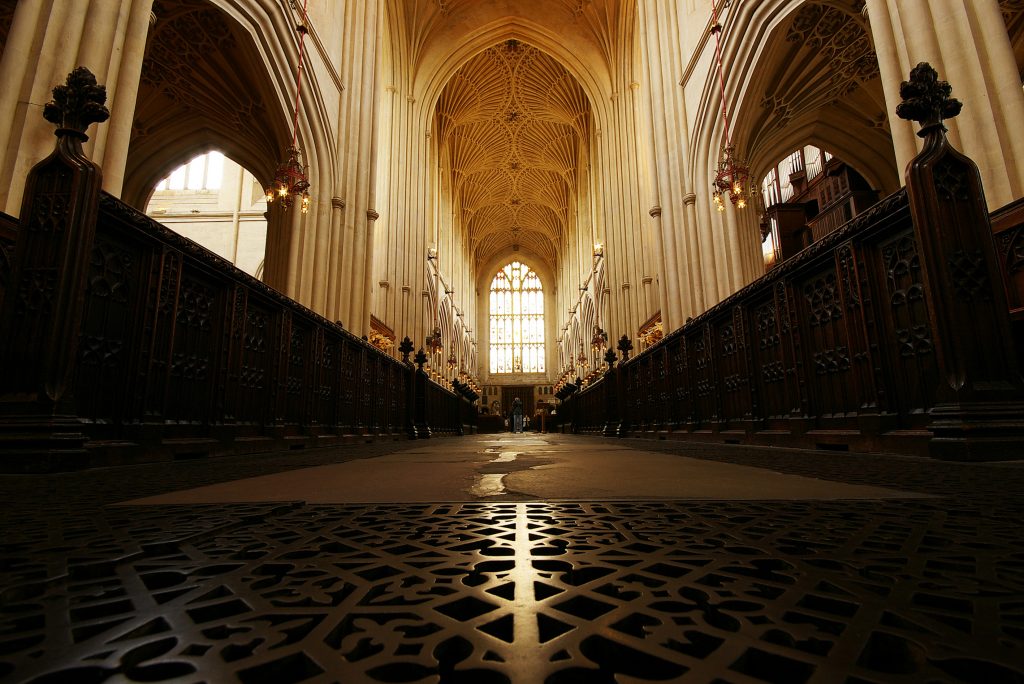 One of the UK’s finest examples of fan vaulting at Bath Abbey (Photo: Jesse Loughborough via Flickr / CC BY NC ND 2.0)

A Christian place of worship has stood on the same site in the heart of the city centre for more than 1200 years. In 937AD, Kind Edgar, the first king of England, was crowned here, though the current Abbey was built after Henry VIII’s dissolution of the monasteries. It is a masterpiece of perpendicular Gothic design, with its magnificent stained-glass windows, fan vaulted ceiling and flying buttresses. A tour of the tower, which is the tallest in Bath, costs £6 but visitors can enter the Abbey for free.

4. Get inspired at Bath’s finest Art Galleries for free 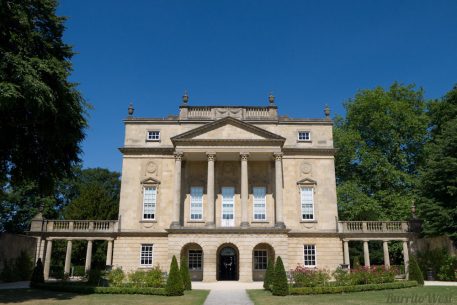 A view of The Holbourne Museum from Great Pulteney Street (Photo: Lisa via Flickr / CC BY NC 2.0)

Bath boasts a number of prestigious museums and art galleries, but you can visit two of its finest for free. The Holbourne Museum is located in the impressive Sydney Gardens, one of the few remaining eighteenth-century pleasure gardens in the U.K. Another of Bath’s best-loved public art museums is the Victoria Art Gallery, close to Pulteney Bridge. At both museums you’ll find Gainsborough and Turner brushing shoulders with 20th Century artists like Walter Sickert and John Nash, who came to work in Bath. 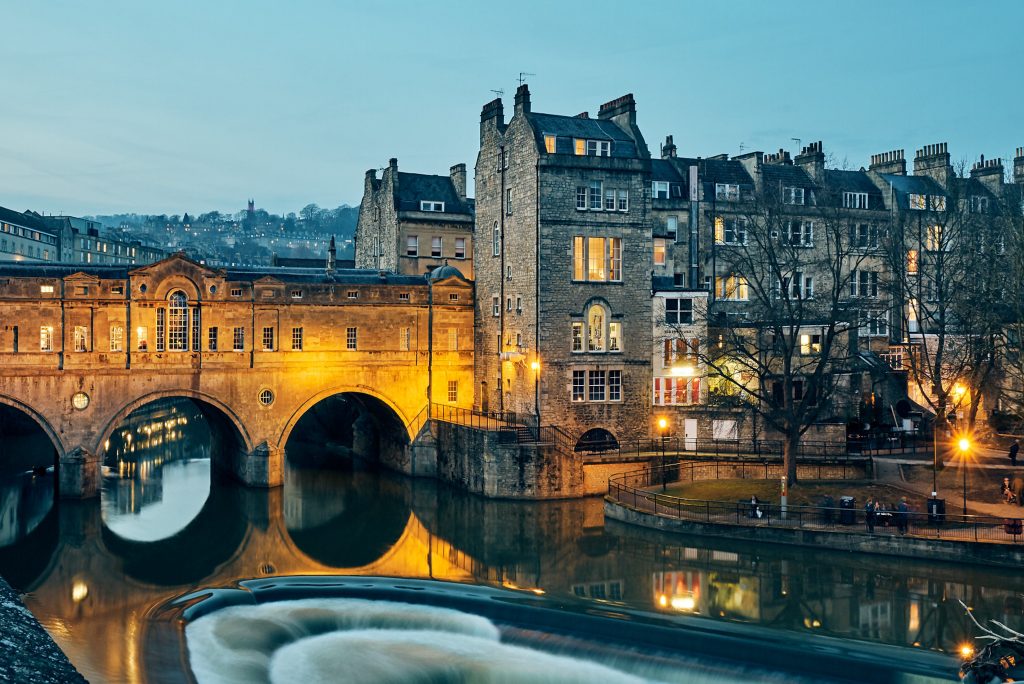 Pulteney Bridge and the Pulteney Weir at dusk (Photo: Pedro Szekely via Flickr / CC BY SA 2)

Inspired by the Ponte Vecchio in Florence and the Rialto in Venice, Pulteney Bridge is one of only four bridges in the world to have shops span the full width of it on both sides. The bridge was built in 1769 by Robert Adam to connect two parishes on either side of the river. Before this, it was necessary to take a ferry across the River Avon. From here you can also see the Pulteney Weir, which was built in the late Middle Ages to prevent the town from flooding.

6. Sample some local ale at an historic pub 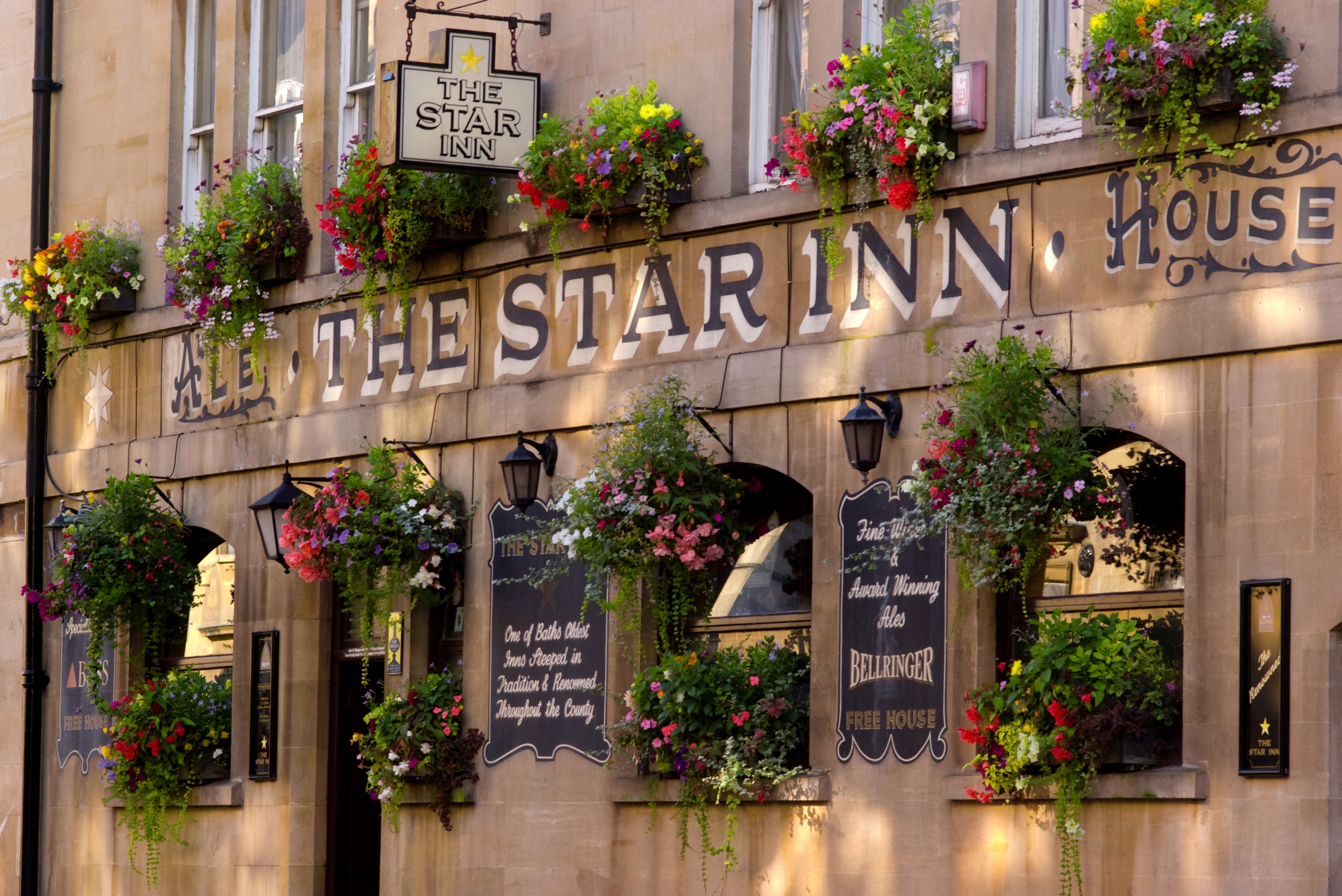 Beers brewed in Bath at The Star Inn (Photo: Lovestruck via Flickr / CC BY NY 2.0)

There’s a long history of beer in Bath, and its oldest pubs do not disappoint. The pint-size Old Green Tree Pub, which was built in 1716, offers draught beers and ciders produced almost exclusively within 80 miles of Bath. Cozy lounges flank the central bar, and a real wood fire keeps visitors’ toasty in the colder months. Another of Bath’s oldest pubs, The Star Inn, is brewery tap of Bath’s own brewery, Abbey Ales. Try, The Bellringer Bitter, their award-winning flagship brew.

Get some fresh air in the sprawling Royal Victoria Park (Photo:ToNG via Flickr / CC BY 2.0)

Spanning 57 acres and overlooked by the iconic Royal Crescent, Royal Victoria Park is Bath’s largest park. It opened in 1830 as an arboretum to help promote Bath as a tourist destination, as its popularity as a spa town soared. Allegedly, Princess Victoria opened the park aged 11, but a local resident insulted her ankles – and she never returned to Bath. Today the park alone boasts 9 acres of botanical gardens, an expansive children’s play area with its own zipline, an 18-hole mini golf course and a skate park.

8. Hire a boat and head out along the Avon 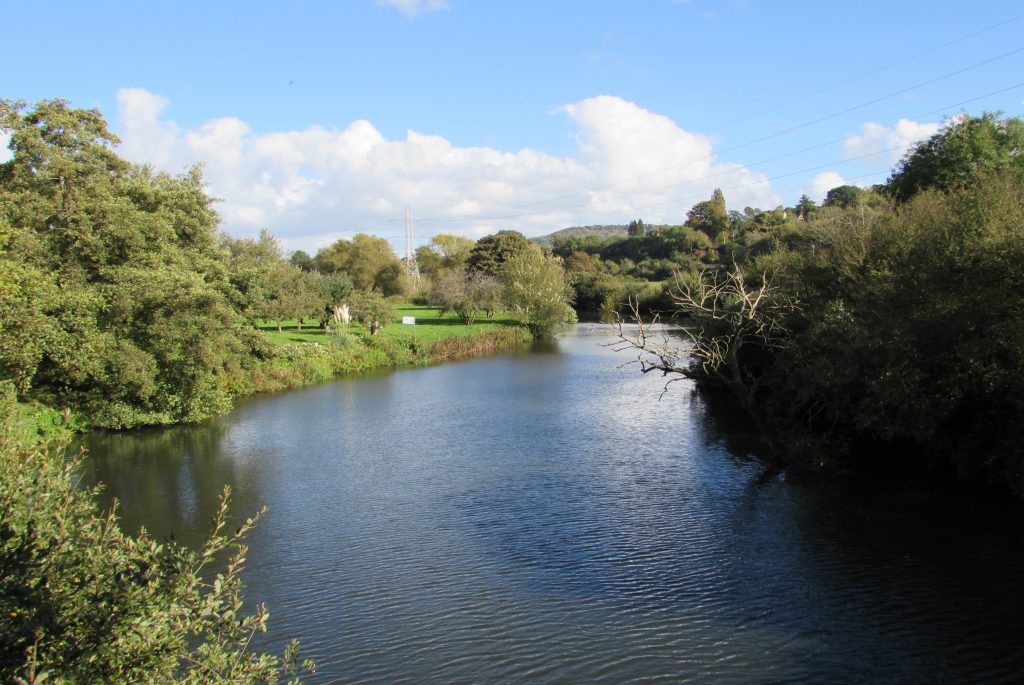 Views along the river route from Cleveland Bridge to Bathampton (Photo: Michael Day via Flickr / CC BY NC 2.0)

At the Victorian Bath Boating Station, a short stroll from the center of town, visitors can take to the water to explore the ancient River Avon by rowing boat, canoe or punt. Covering just over two miles, the route begins at Cleveland Bridge and meanders past the Georgian swimming baths – the oldest existing lido in the country, Salusbury Hill and the charming village of Bathampton. Along the way, you’ll see plenty of wildlife, including kingfishers, herons, and – if you’re lucky – a Bath Otter. Boat hire costs £8 per hour, and £4 per hour thereafter. 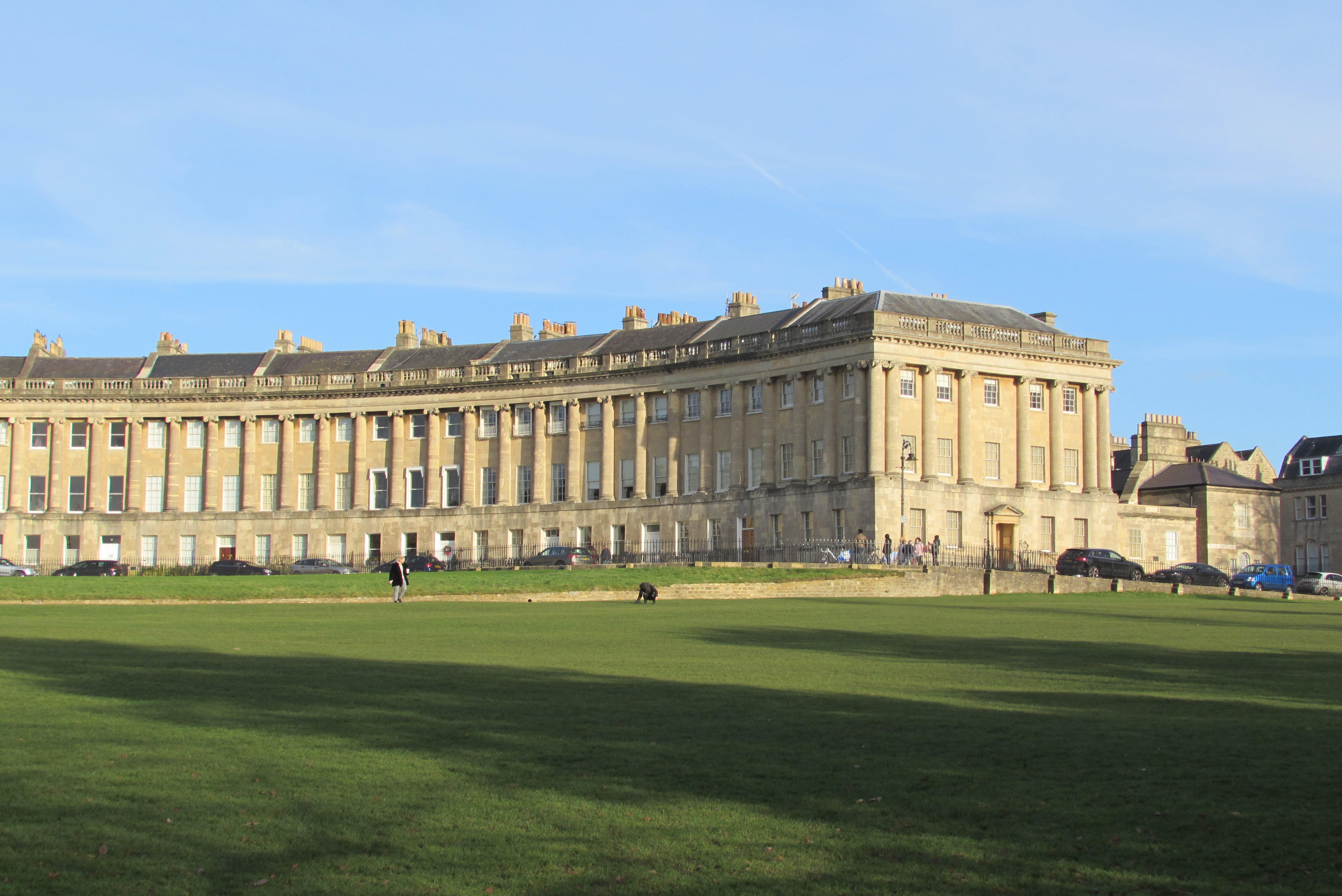 One of Bath’s most iconic landmarks, The Royal Crescent (Photo: Michael Day via Flickr / CC BY NC 2.0)

Bath’s streets are lined with Britain’s finest Georgian architecture, but its crowning glory is The Royal Crescent. Built between 1768 and 1775, the 500 ft sweeping crescent of thirty terraced houses is the most important Georgian street in Britain. Just behind it, visitors will find the ‘Gravel Walk’, made famous by Jane Austen’s Persuassion, which leads to The Circus. Comprising three segments of townhouses to form a complete circle, its architect John Wood allegedly designed the complex to mimic stonehenge.

10. Bag a bargain lunch at Chaiwalla 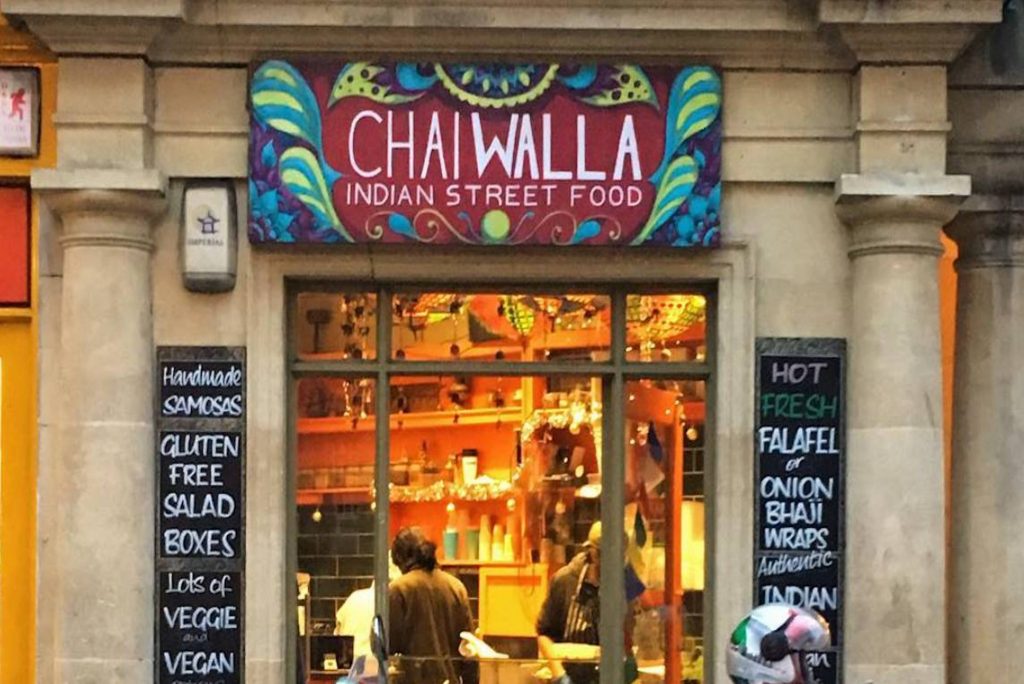 Voted one of the Top 5 Vegan Curry Houses in the UK, this takeaway-only joint offers freshly prepared, authentic Indian vegetarian street food, with dishes under a fiver. Indeed, this unassuming eatery has maintained its five-star Trip Advisor streak since 2016. Expect hot samosas, spicy dahls, rich chickpea curries and creamy vegan chai. While there isn’t any indoor seating, diners can hop across the road to Kingsmead Square or a few minutes further to historic Queen Square to eat.