Ireland’s second city is full of history and packed with pubs – and you can often explore both at once. Once known for shipbuilding, dairy and the wool trade, today Cork mixes past and present in fine style, with hip coffee bars and top art galleries standing alongside narrow alleys and ancient waterways. 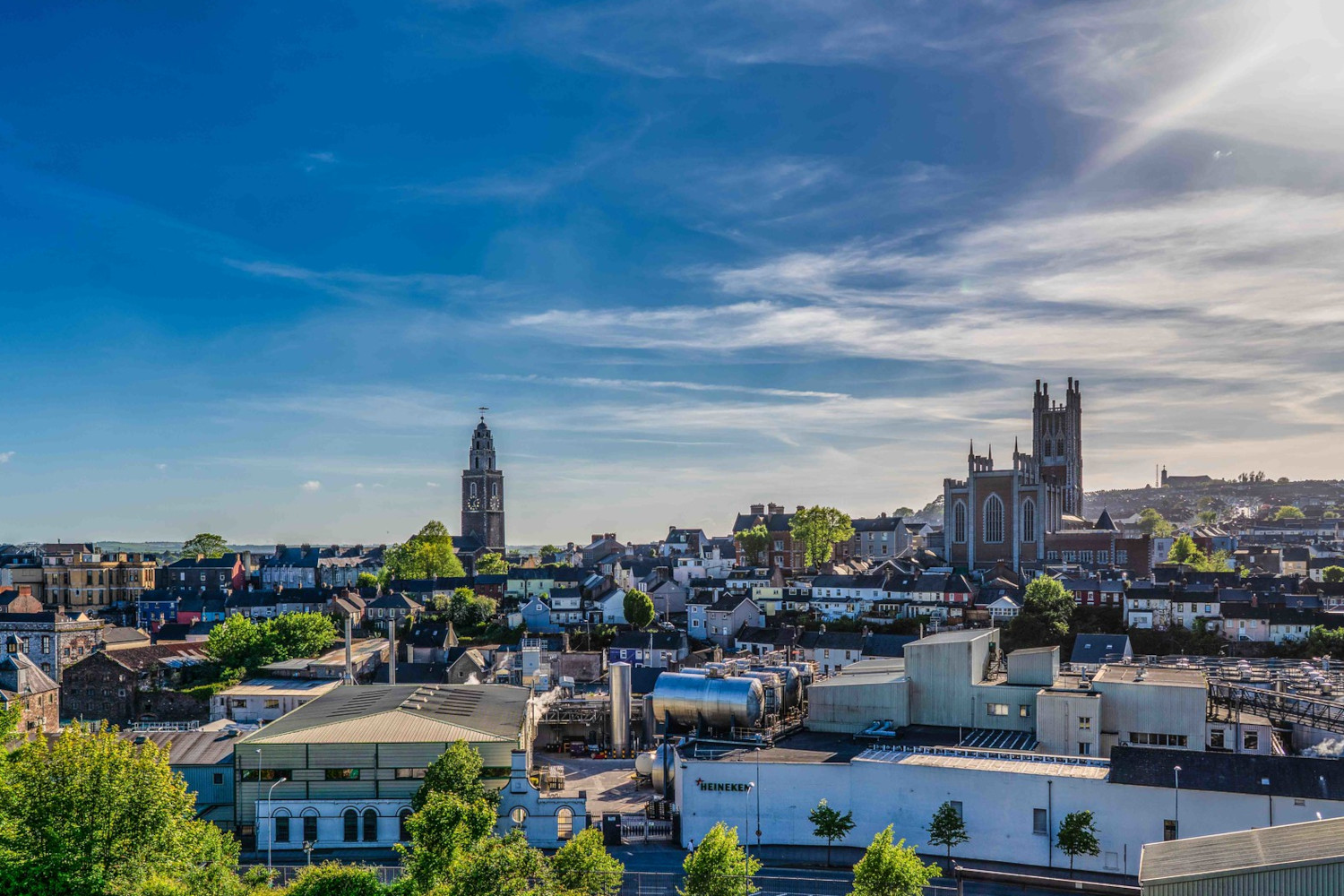 Pubs have long been a big part of Cork’s appeal. Virtually everywhere has stout and live music, and many spots have antique fittings and tales of the past. Cork’s foodie scene has come on in leaps and bounds in recent years, and you’ll see more than just pie and chips on the menus, while craft beer has a strong presence.

Mutton Lane Inn
This small but perfectly formed pub is just round the corner from Cork’s famous English Market, and its candlelit interior makes a great place for a pint after stocking up on some local delicacies. There are comfortable snugs, the atmosphere is lively, and the helpful staff can talk you through the drinks options. It’s one of the oldest pubs in the city.
Mutton Lane 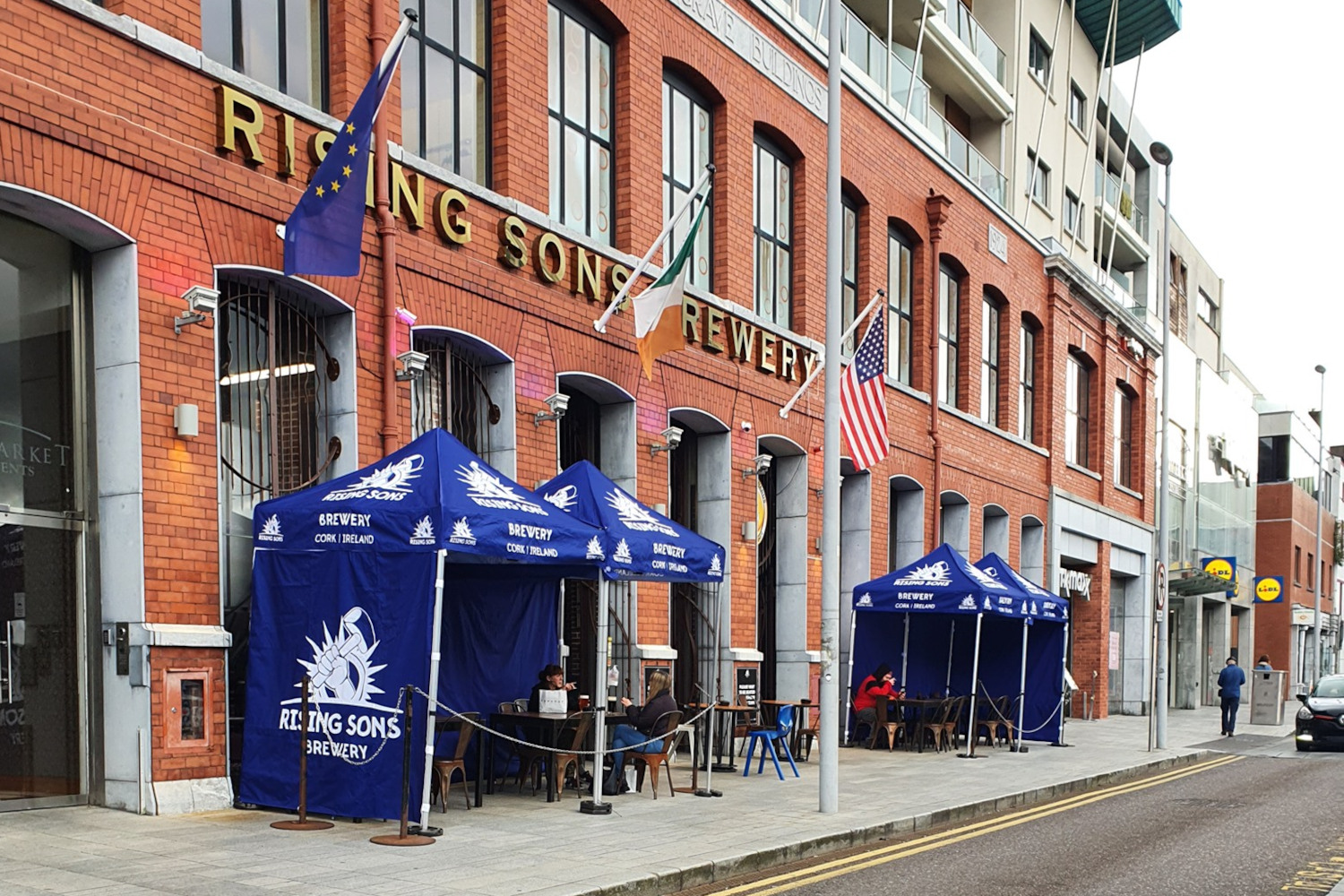 Rising Sons
This family-owned independent brewery sits in an old print works. Large fermentors behind the bar contain craft beer by the gallon, offering various styles with a particular focus on hoppy beers. Groups are well catered for with pizzas, nachos and the like. The staff can talk you through the brewing process and beers, with tours due to resume in 2021.
Cornmarket St

The Long Valley
The Long Valley has two claims to fame: big lunches and big ships. Some of the furnishings hail from the gigantic White Star liners that once sailed the Atlantic, while the lunches feature chunky, good-value soups, sandwiches and toasties. Its long, narrow interior offers beers aplenty, and there’s live music.
10 Winthrop St 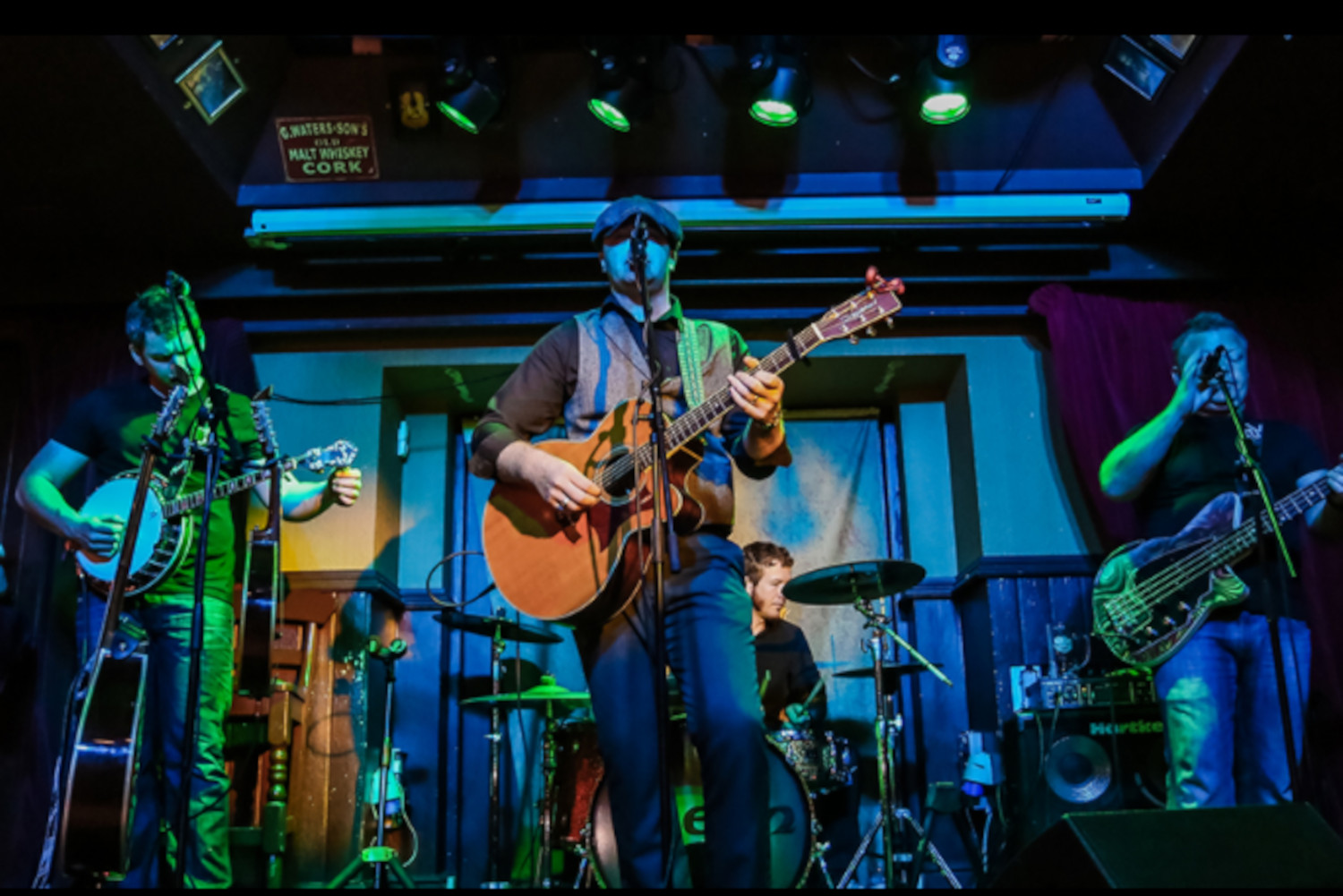 The Oliver Plunkett
One of Cork’s best all-rounders, this city-centre hangout is a great place for coffee, food or a proper session. Its walls are lined with music and sporting memorabilia, while its name honours the 17th-century archbishop who was condemned to death by a hostile English court. DJs and live bands lively it all up when evening comes.
116 Oliver Plunkett St

Sin É
The big story here is live music, and bands have played here almost every night since the 1950s. The atmosphere is friendly and unpretentious, with traditional Irish music leading the way but reggae and rock making an appearance too. A nice mix of locals and visitors comes to quaff stout and soak up the history along with the tunes – the pub’s been here since 1889, and the street outside was once a livestock market.
8 Coburg St 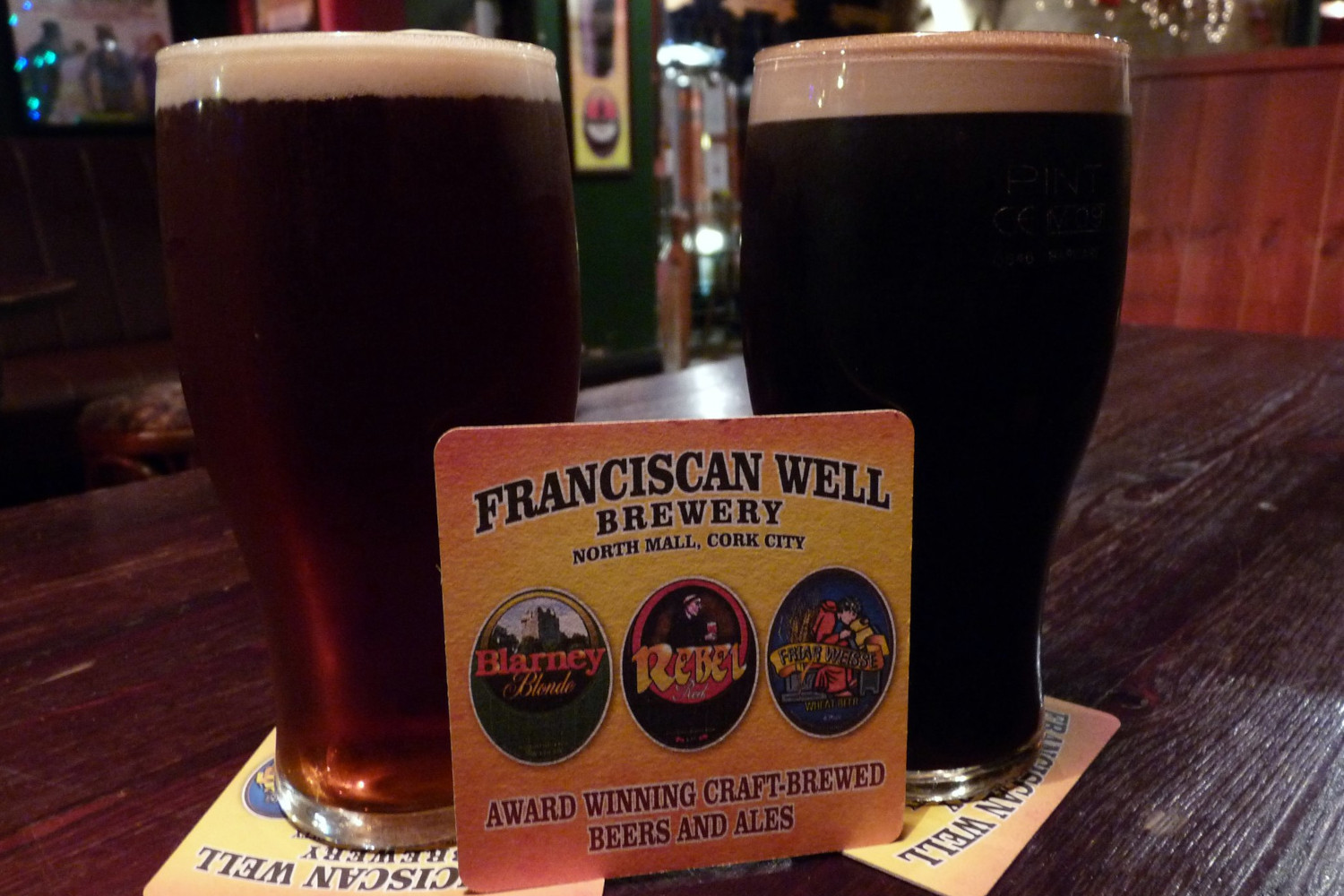 The Franciscan Well Brewery’s beers can be tasted across the city (Photo: Irish Jaunt via Flickr / CC BY-SA 2.0)

Franciscan Well Brew Pub
Founded back in 1998, long before the craft beer movement went mainstream, the Franciscan Well’s award-winning brews are now owned by Molson Coors, but the company’s pub remains a likeable place for an IPA, pale ale or stout. It’s set just back from the river, with a good beer garden, pizzas on the menu, live music and a selection of beers from Franciscan Well as well as other breweries.
14b North Mall

The Spaniard
We’re cheating a little here – the Spaniard is actually a short train ride away in Kinsale – but heading out here is one of Cork’s best day trips. You can stroll along the coast, taking in a huge fort and even huger sea views, before settling into a snug corners or outdoor table at this rambling, atmospheric pub.
Scilly, Kinsale