With proximity to Cardiff, the Brecon Beacons and the Pembrokeshire Coast, Wales’ second biggest city is a great inclusion to any trip to the south of the country. Big enough to host numerous museums, galleries and historic ruins, it’s also small enough to escape many of the trappings of larger urban spaces. And there are plenty of unique activities available at little to no cost to visitors. 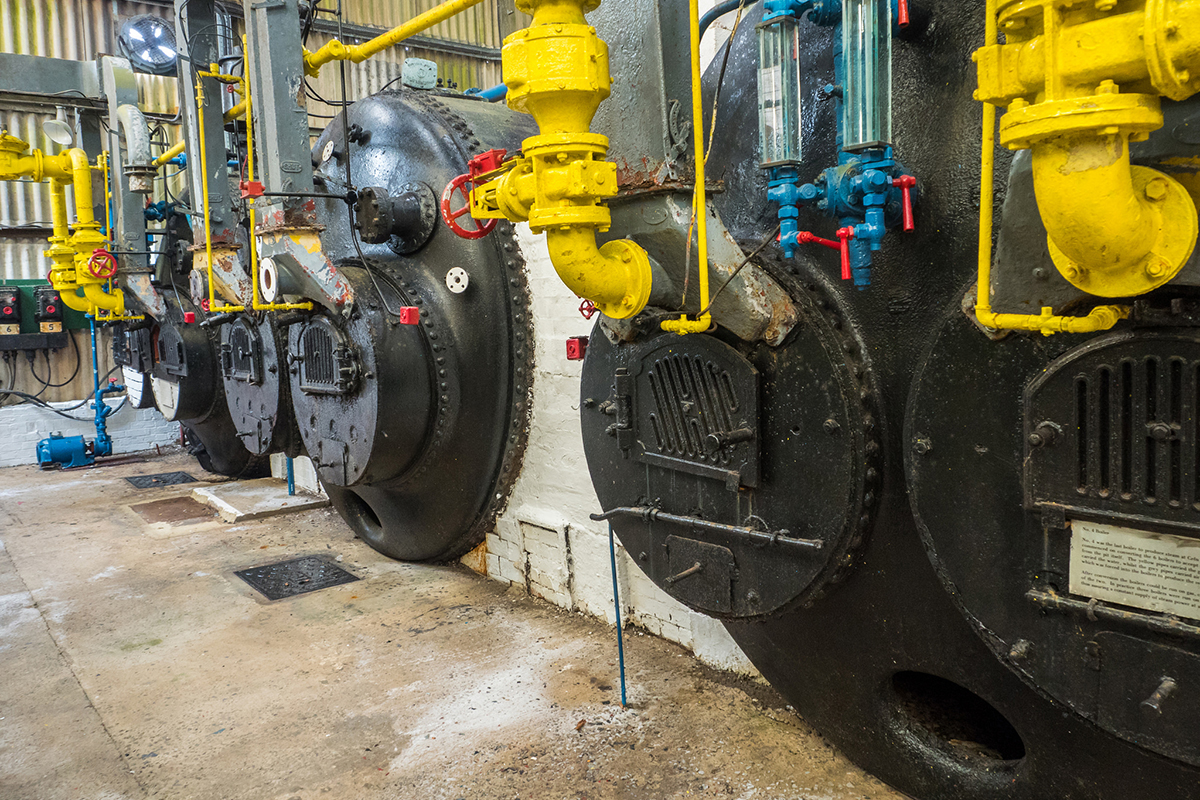 Decades ago Swansea was, like many other cities in the North of England and Scotland, suffering from post-industrial decline. Coal mining was particularly integral to life in southern Wales at one time. Ruins and relics of this past not only make for keen reminders of this distinct phase of its being, but also serve as excellent destinations to visit.

Swansea’s history spans back well over a thousand years. Like much of Britain, heritage sites have been given a revered status and protected for future generations to enjoy, either in a repurposed form as museums or left in their ruined state. Many of these experiences are free thanks to the local council and grants, which means plenty of choice and very little expense to visitors. Here are six of the most unique things to do in Swansea on a budget.

No understanding of this part of Wales is complete without first learning a little about the coal industry. Cefn Coed Colliery was once one of the deepest coal mines in the world and working conditions were always hard. The museum gives a good insight into what it would have been like down in the pits through installations and pictures. Entry to the museum is free, although at a small extra cost you can get a worthwhile guided tour. 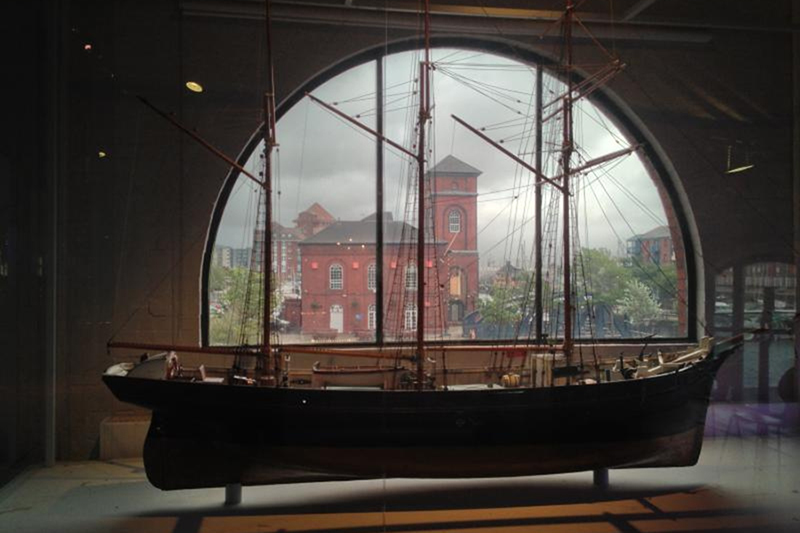 Having learned something of the coal industry, the fantastic National Waterfront Museum (free entry) details the Industrial Revolution’s deeper impact on the region. Learn about the impacts on society and communities, as well as the resulting strides forward in technology, transport and innovation. Using a combination of historic artefacts and interactive digital installations the important work of individuals and groups during centuries past is really brought to life. There are also good exhibitions highlighting the huge change through which Swansea has gone through the years. 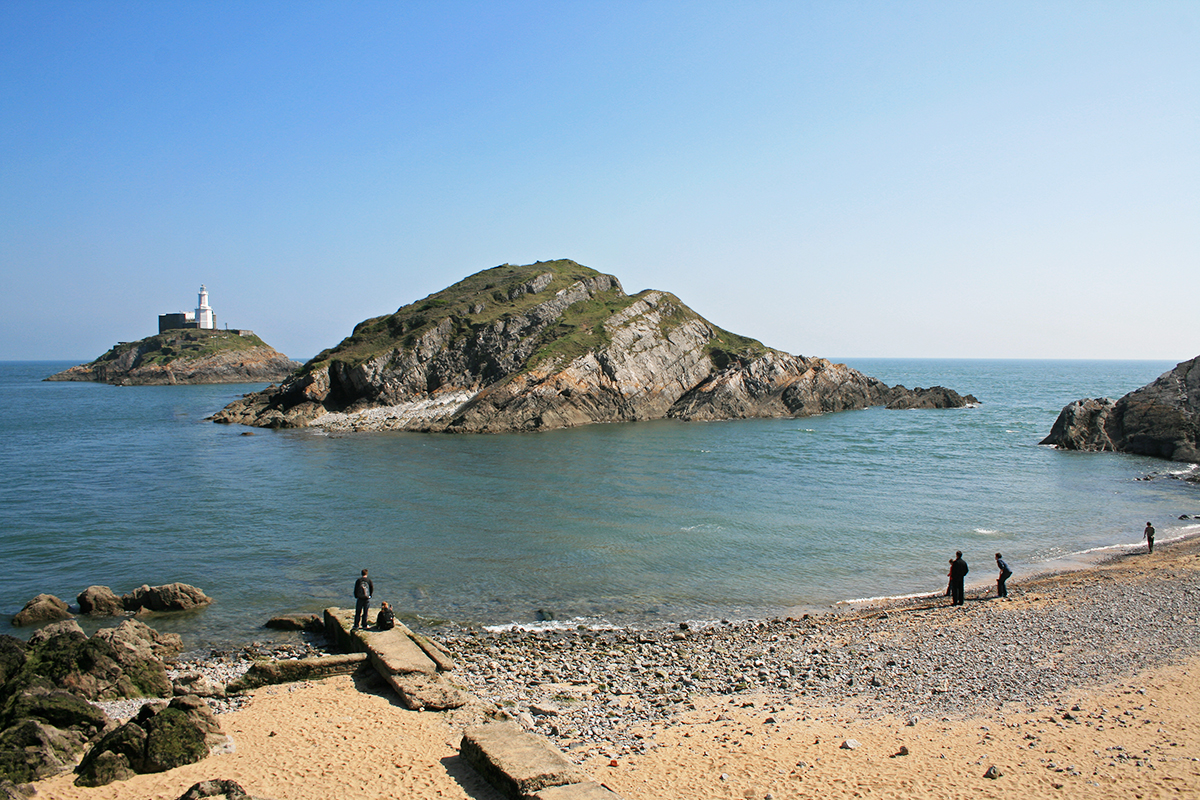 Swansea’s seaside location made it usefully situated for industry. That meant the waterfront lacked some of the whimsy of many British seaside towns that were important during the Victorian era. Instead people who wanted to relax by the sea escaped along the coast a few miles south of the city to The Mumbles. The headland of sandy beaches and craggy coastline is a pleasant and easily accessible getaway from downtown. When the weather is good there are some enjoyable walks along the clifftops and there are great views from the Grade II listed pier, built in 1898. 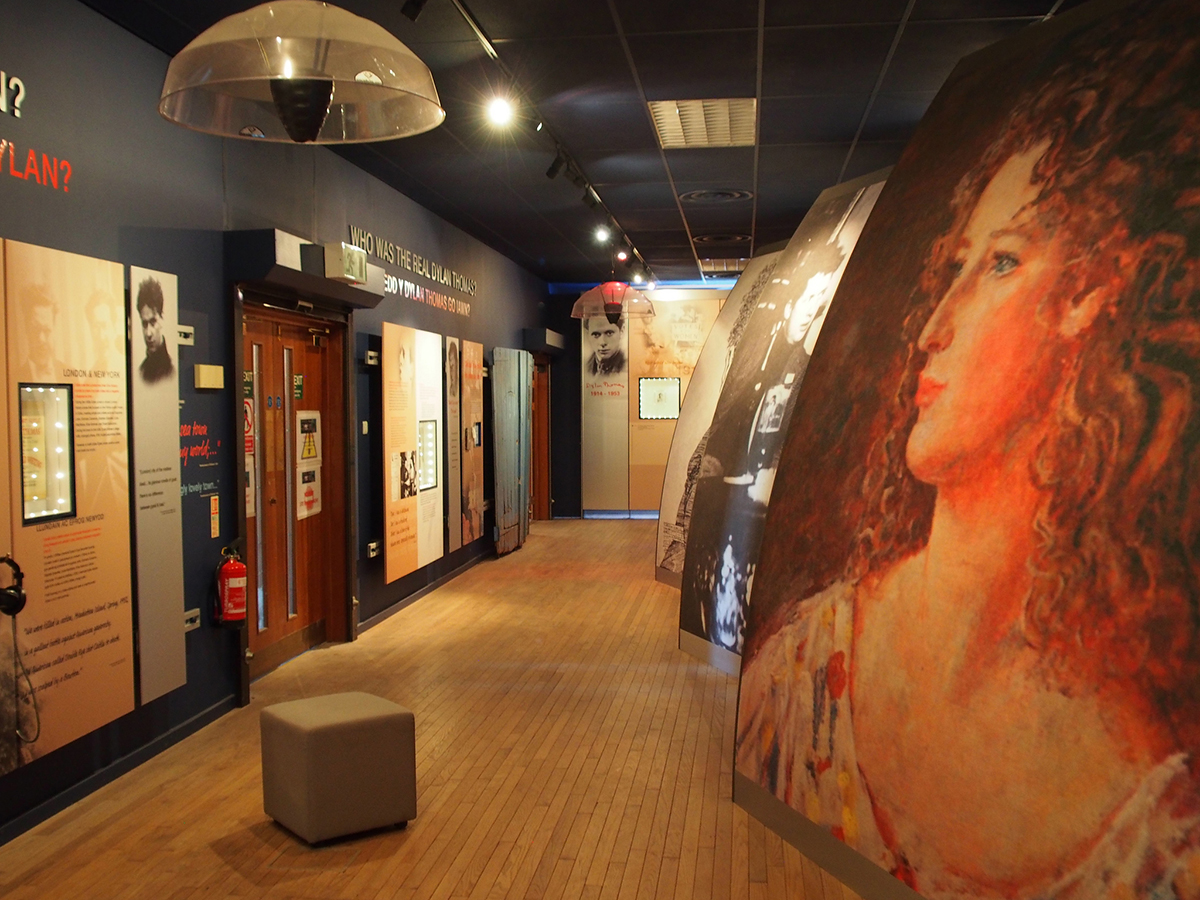 Inside the Dylan Thomas Centre (Photo: Heather Cowper via Flickr)

One of Swansea’s most lauded residents was the poet and writer Dylan Thomas. Fittingly this excellent venue holds a permanent exhibition about his life and work, while providing support and space for contemporary writers to exhibit their work, be they up and coming or well established. The centre hosts regular literary events as well as an annual Dylan Thomas festival. Events are ticketed, the exhibition, “Love the Words,” is free.

Containing an eclectic mix of objects and artefacts, Swansea Museum’s permanent exhibition covers thousands of years of history. Within that collection is an Egyptian mummy, among other relics of the ancient empire, along with sections on the city’s nautical history and World War II experience, in which the city was bombed during the blitz. This, together with a rotating roster of temporary exhibitions means the range of history encountered here is always as broad as it is fascinating. 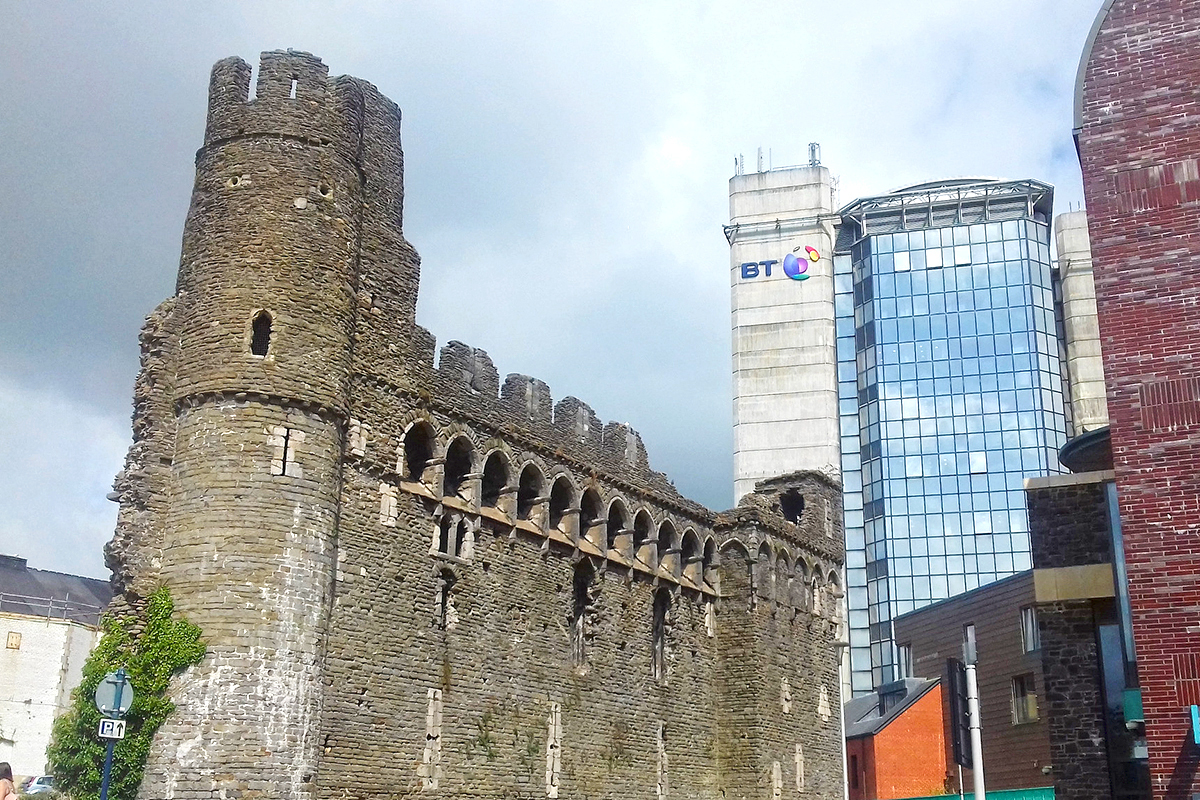 Given that Wales has been branded the castle capital of the world, with supposedly more per square mile than any other country in Europe, it seems necessary to mention Swansea Castle here. Not a great deal of the original building remains, but some multi-storey walls with many of the original architectural features like arrow slits are preserved. Being right in the centre of the city, it has been somewhat unceremoniously surrounded by modern, less slightly buildings, which gives the ruin an out of place feel, making it quite a surprise if you happen across it by chance.