Falkirk is a great jumping off point for anybody wishing to travel from Edinburgh to Glasgow, or vice versa. The city itself has some pleasant locales, but the surrounding countryside is littered with historic sites and eccentric curios. 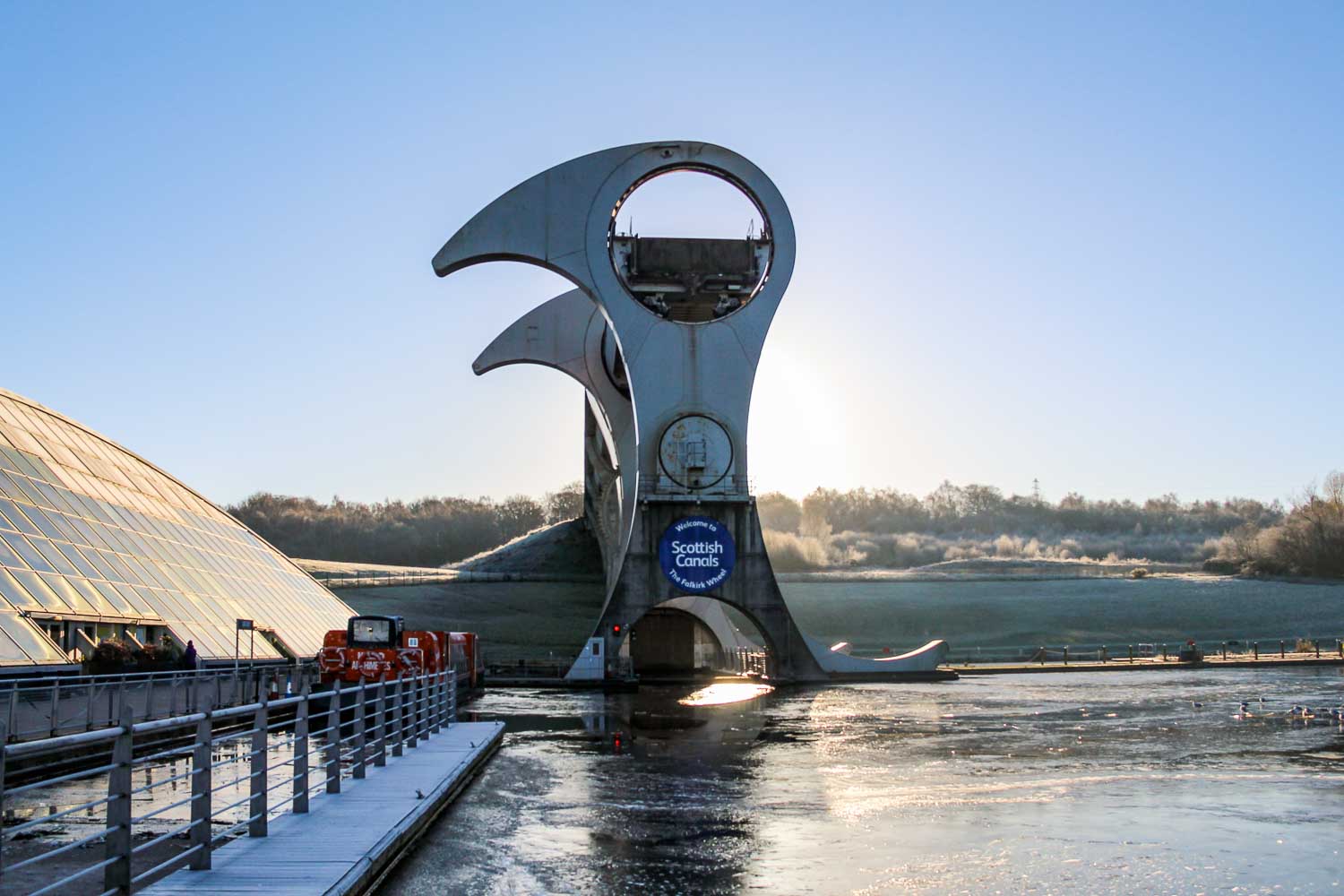 Falkirk town is not always seen by everybody as one of the best places to visit in Scotland’s Central Belt. One of the reasons for this could be the huge Grangemouth oil refinery located a few miles out of town whose chimneys and flaming vents dominate the skyline to the east.

However, cast a slightly wider net around the town by a few miles and there is a huge range of experiences to be had from the days of Roman occupation to modern feats of engineering and slightly odder feats of architectural eccentricity.

The two canals that flank Falkirk, the Union Canal and the Forth and Clyde Canal, meet two miles to the west of town. Their confluence had always posed a tricky problem for engineers as the Union arrived by land that was at a higher altitude. Prior to 1933 this was solved with a series of 11 locks, which would have been laborious and slow to navigate. Long after the canal system was surpassed by more efficient methods of transportation however, a grant and an ingenious piece of engineering conjured the Falkirk Wheel, which rotates boats up or down between the separate canals. 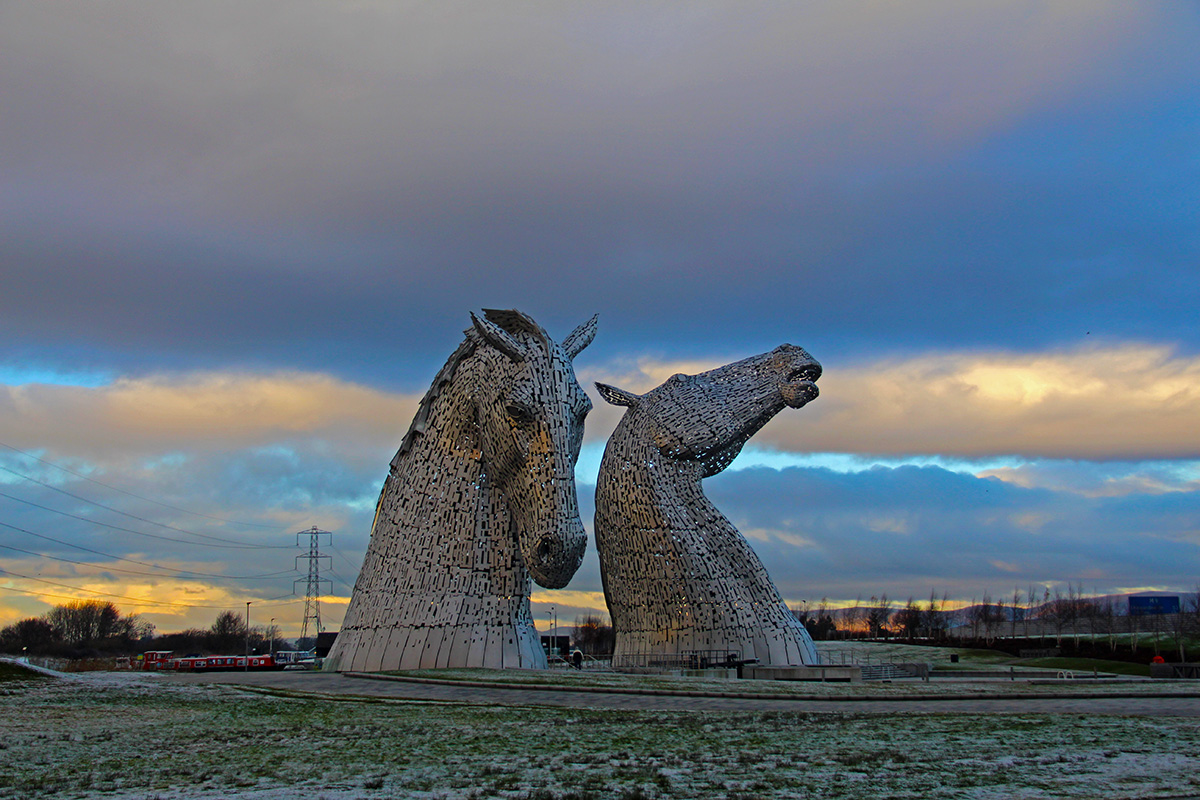 Canals play an important part in Falkirk’s history thanks to that confluence of canals to the west of town. The Forth and Clyde Canal runs around the north of Falkirk and right where it joins the River Carron, two huge, majestic horse heads protrude up from the water’s edge, dominating the skyline. The stainless-steel beasts are 30m of equine beauty and The Helix is a pleasant green space – combining lakes, raised walkways through rushes and paved footpaths – which pleasantly connects the Kelpies to the edge of town.

One of the more curious buildings in Scotland can be found eight miles to the north of Falkirk. John Murray was the 4th Earl of Dunmore. Near his summer residence he ordered a particularly intriguing construction to be created; a long building capped at the centre with a large cupola, of sorts, shaped like a pineapple. He left Britain soon after to become the colonial governor of New York and presided over the British Empire’s loss of grip on America and eventual defeat to the Patriots in the War of Independence. 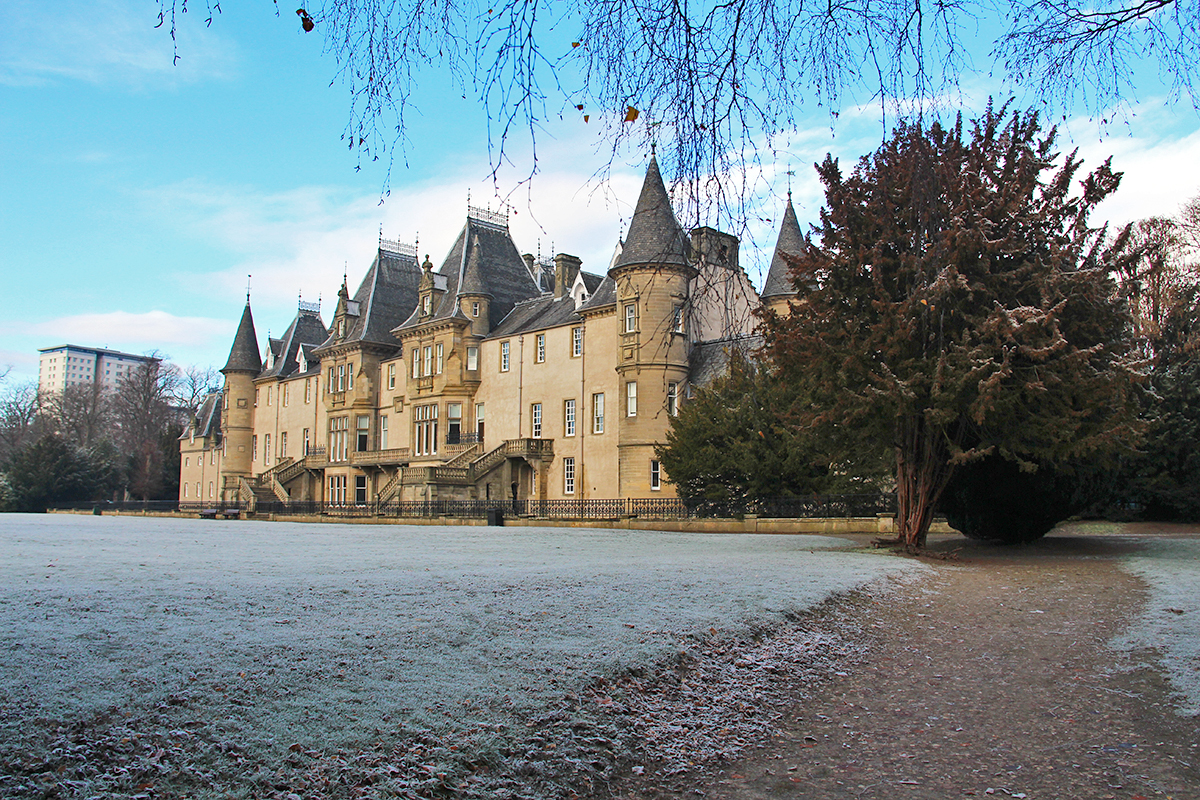 To the southeast of Falkirk is one of Scotland’s larger stately homes. Built in the 19th century, Callendar House is free to visit and has a collection of fascinating exhibits about regional archaeology, including a closer look at the Roman ruins that are scattered all over the area. Although not signposted, the Antonine Wall runs through the northern part of the extensive grounds surrounding Callendar House. Arranged around a calm boating lake that often freezes over in the winter are acres of woodland, through which paths lead to picnic spots.

From Callendar House the Antonine Wall stretches west; an almost imperceptible rise of the land that may look natural but has a man-made element to it. Upon reaching Rough Castle, ensconced in woodland and fields, it becomes a little clearer that this was once a fortified settlement. For around 40 years, the northern frontier of the Roman Empire was not Hadrian’s Wall, but here, through the Central Belt, between the firths of Forth and Clyde. The Romans erected a wall of mud and dug trenches in front, hoping to push back the Highland Clans. The repeated barrage and the pressure of defending the wall with insufficient troops led to a retreat to Hadrian’s wall, but the past can still be seen in the undulations of the land and the deep trench around Rough Castle.

1 mile west of the Falkirk Wheel 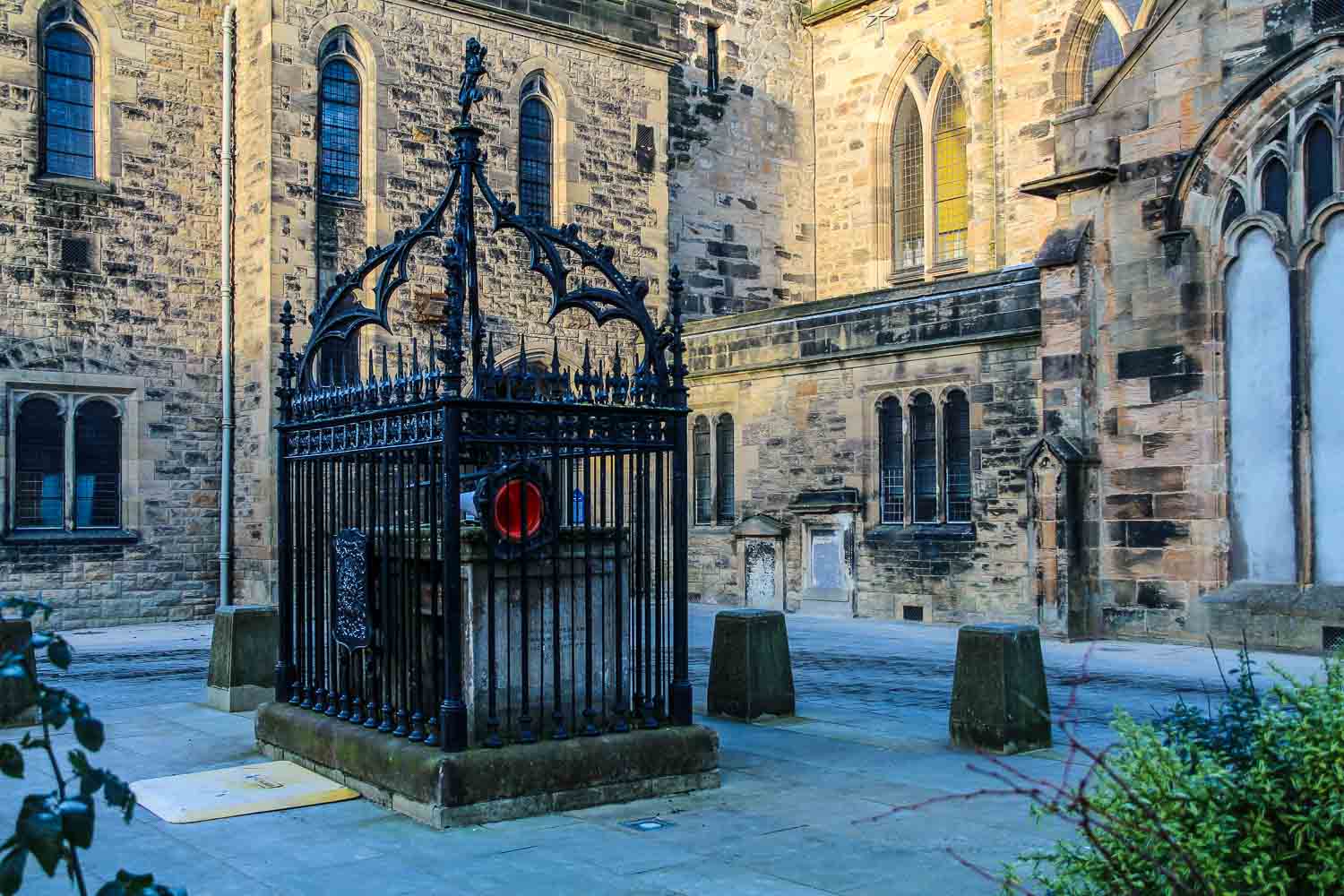 Right in the town centre is the grave to a man who fought and commanded Scotland’s archers at the 1298 Battle of Falkirk, under William Wallace. The burial site is perhaps the one certain location connected to the battle, as no precise battlefield has ever been found. The battle was decisive as it led to the defeat of Scottish troops and the end of William Wallace’s time as Guardian of Scotland, where he practically disappeared until his capture in 1305 (although if history cannot pinpoint an important battlefield like this one, it may just be that it’s all a bit of a grey area).

Back in the early 1990s the small, unassuming village of Bonnybridge became the national focus of attention following a spate of UFO sightings. While many people in town still insist on the veracity of the sightings, the skies have been devoid of unusual activity for quite some time. That doesn’t stop people who are fascinated by UFOs from descending on the town from time to time. There is practically nothing to see – the townsfolk did little to capitalise on the attention – besides the pleasant village, but a chat with a local can lead to some interesting stories, to say the least.