Historic Chester is one of England’s prettiest cities. With Roman origins, red-sandstone buildings and lovely waterside walkways, there is plenty to do, see and enjoy on budget trip. 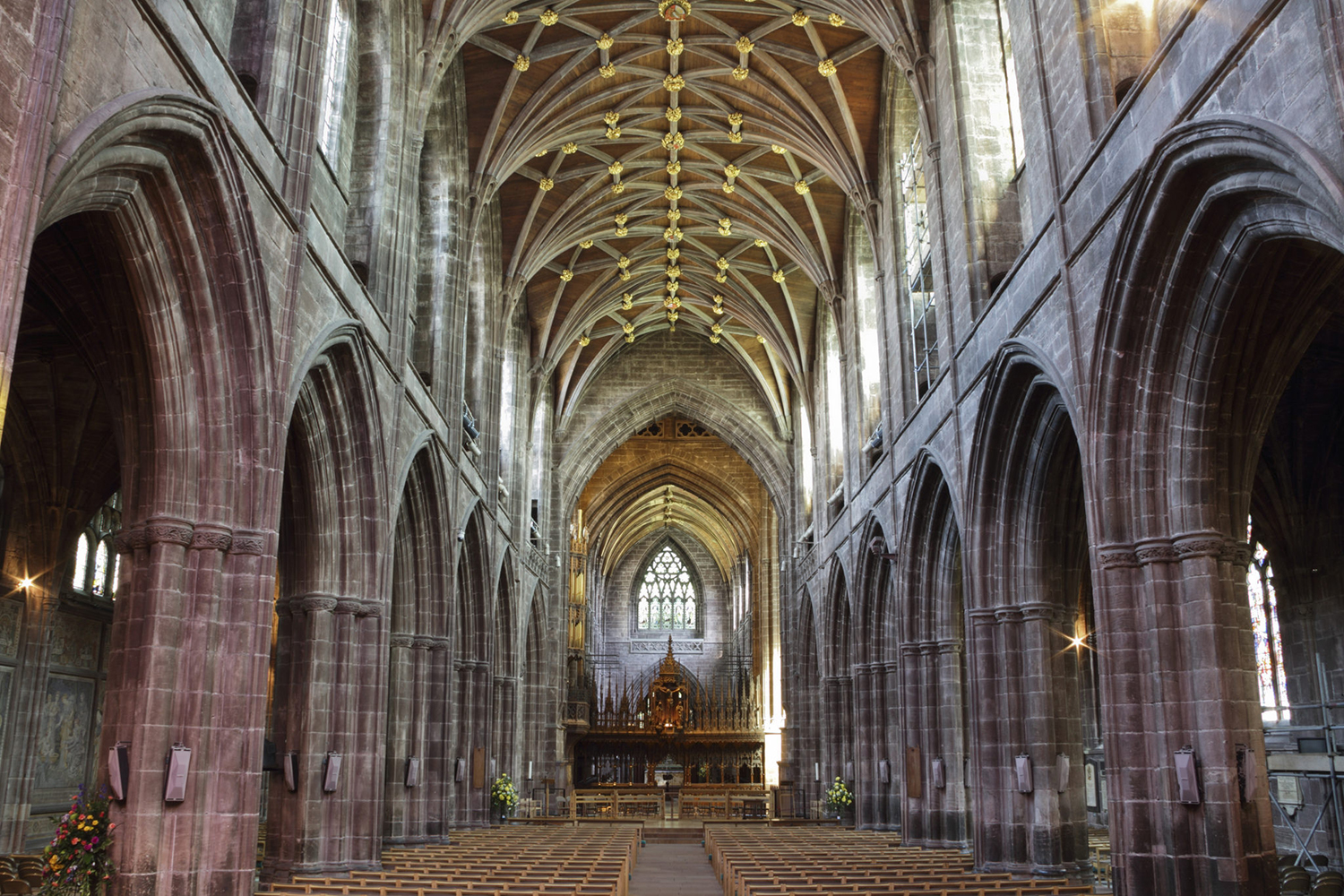 The city centre of Chester is hemmed in by the Shropshire Union canal to the north. A generous bend of the meandering River Dee practically loops around the rest. It is easy to see why this spot was chosen as a good place to build a fortress and garrison troops by the Romans. The Roman ruins alone offer plenty of free sightseeing options, but there are plenty of other experiences to be had that allow for a greater exploration of the city.

Although predominantly situated in England, the suburbs of Chester reach right up to, and indeed often cross, the border with Wales. In fact, Chester Football Club’s pitch is entirely in Wales, but the clubhouse and offices straddle the border.

A highlight of any trip to Chester, the Cathedral lies at the very heart of the city in more than just location. The large site, including cloisters and other monastic buildings, was built over centuries, commencing in 1093. This period of time saw large shifts in architectural style. The earliest work has Norman influences, but later additions, including the nave, are much more Gothic in flavour. Numerous events take place at the cathedral daily, including many that are not strictly religious in nature, such as symphony orchestra performances.

Perhaps one of the more iconic images of Chester is that of the Rows. Fanning out for a couple of streets in each direction from Chester Cross are a series of buildings that have covered first floor walkways that give access to a row of shops and local businesses. At street level, there are also plenty of shops, some of which set slightly lower than the street. Much of this is contained behind beautiful black and white revival architecture facades (the world’s best examples of this architectural movement can be found in Chester). Although this was a 19th century Tudor revival movement, much of the underlying architecture dates back at least to the 13th century.

Around the Chester Cross 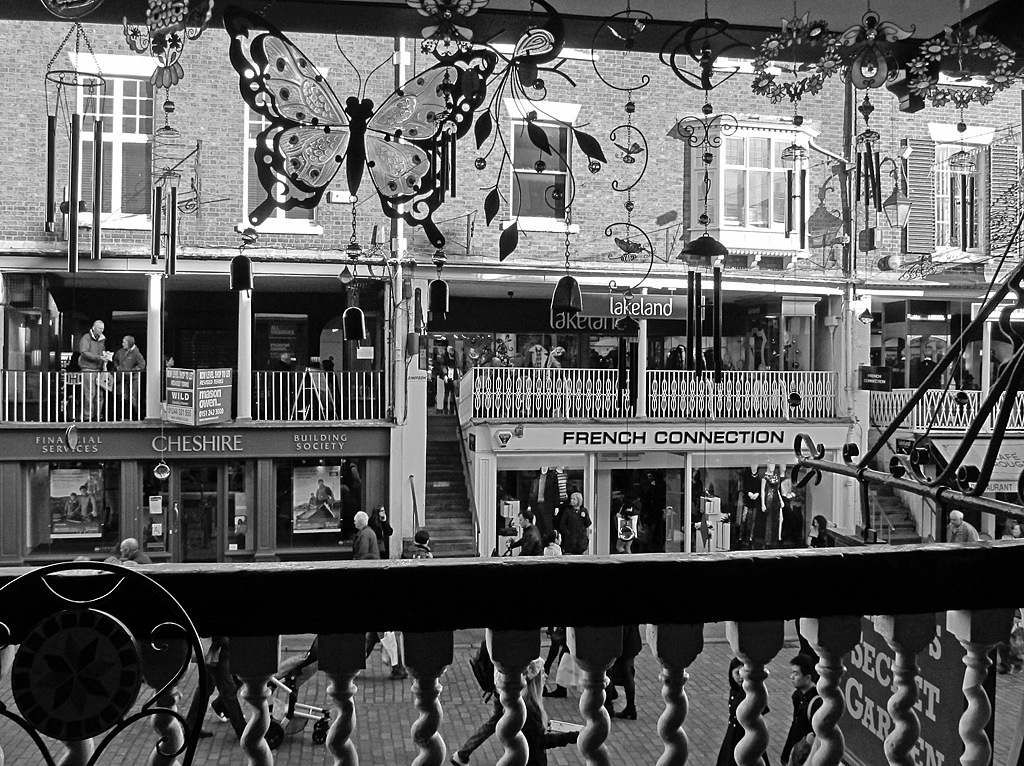 It is hard to escape the memory of the Roman Empire in central Chester. The ruins and fortifications have been well preserved in places, showing a glimpse of the fortress once known as Deva Victrix. The city walls were constructed almost two millennia ago between 70-80 AD making it one of the more significant Roman settlements in the British Isles. The city walls remain, almost entirely circling the city centre, and much of their length (roughly 2 miles) can be walked along. There are various points of access including at Bridgegate, Barnaby’s Tower and Morgan’s Mount.

On the north side of the Cathedral, hemmed in by the city walls, is a little slice of nature with a medieval twist. Falconry probably made its way to England in the 9th century and was restricted in use to the richest few people as a hobby. It seems an appropriate setting then, surrounded by so much history, to witness a craft that dates much further back still to the Mesopotamian empire as a form of hunting for food. In this case, for a small fee you can witness the ten birds of prey and learn about their habits and conservation. There are also daily flying displays; times vary. Reptiles are also kept at the site and the gardens are pleasant to explore.

The Groves and Roman Gardens 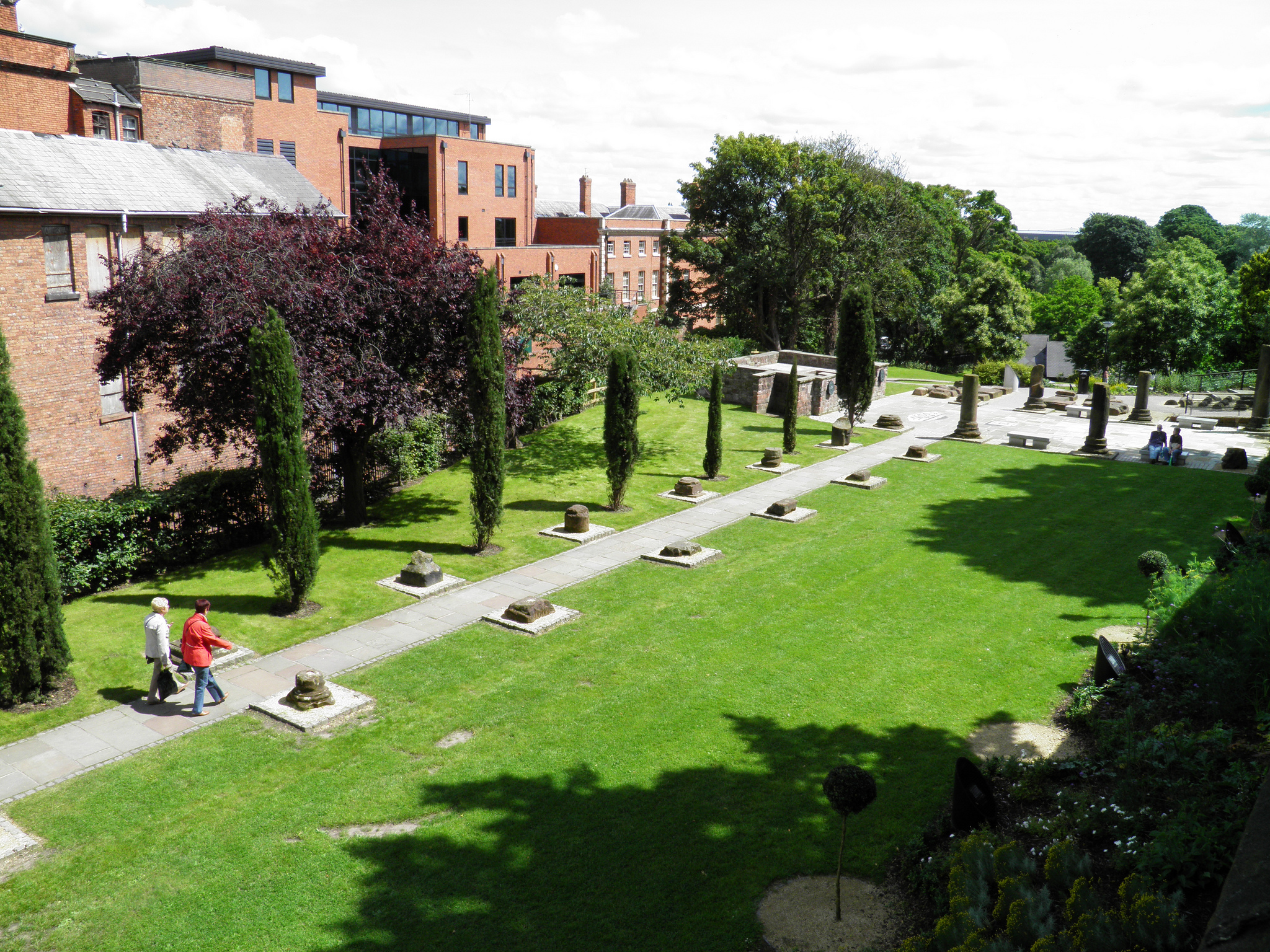 The Roman Garden in Chester (Photo: Carole Raddato via Flickr)

The whole Dee riverfront is a pleasant place to spend an afternoon in clement and sunny weather. The Groves is a riverside walkway that has pleasant benches and spots to have a picnic or wander with an ice cream. There are also a couple of good pubs and restaurants along the way. River cruises leave from various moorings along this stretch of the river. The Groves also lead to the large and lovely Grosvenor Park to the east and the Roman Gardens to the west, which include the column plinths of an old, excavated Roman fortress.

After seeing some of the Roman ruins in Chester, you can take your understanding of the ancient empire’s greater regional significance at The Grosvenor Museum. Open daily, this excellent site has various historical exhibitions on Roman, natural and medieval history. There are also galleries displaying art created in and around Chester over five centuries. Keep an eye out for talks and special events taking place. Admission to the museum is free, although small donations for each visit are encouraged to help with upkeep. There is a gift shop and café on-site too. 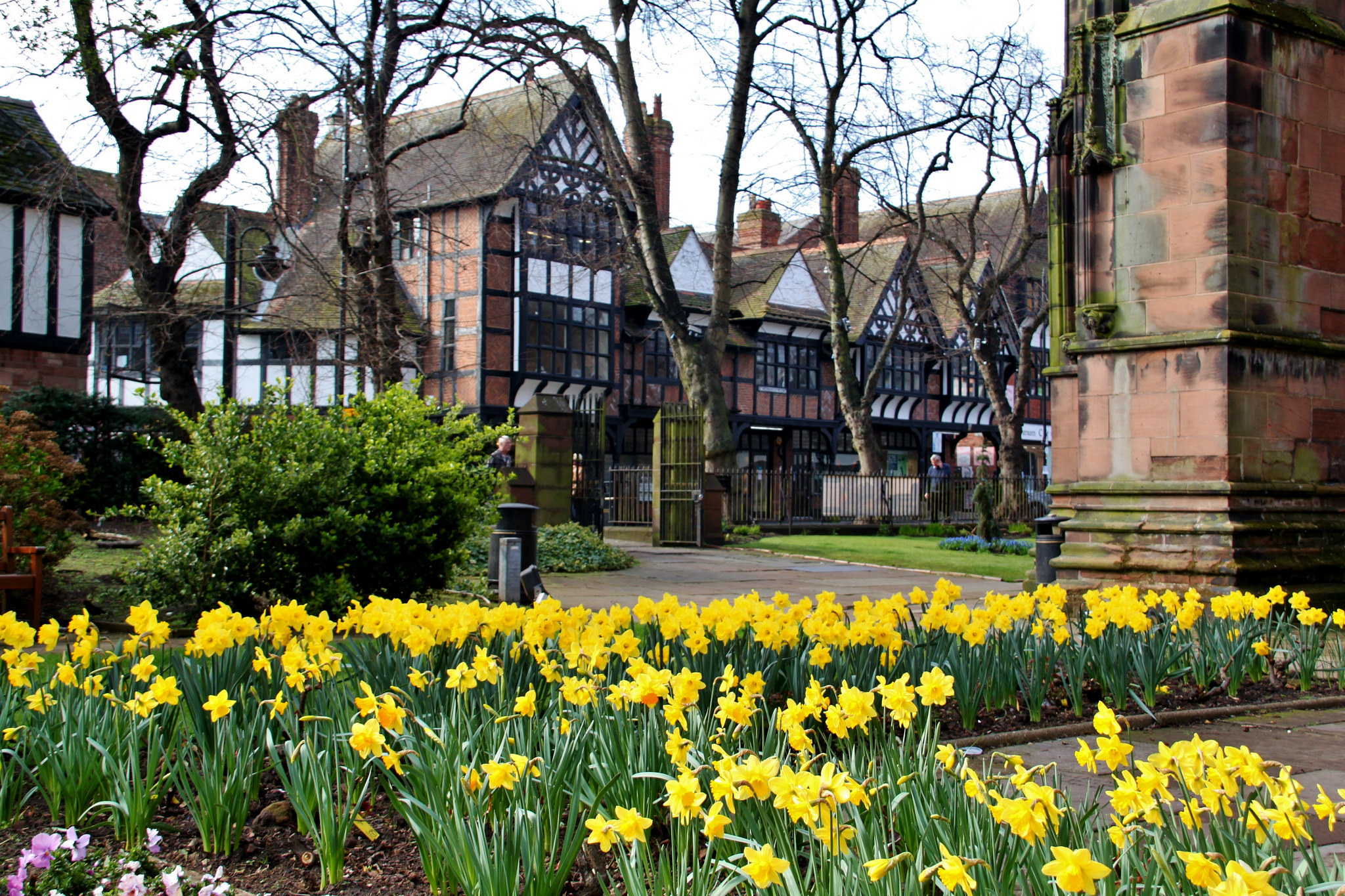