Liverpool is a big city with a big reputation. Famed for The Beatles and football, it is home to more museums and galleries than any other UK city outside of London, the second-largest theatre in the country and more than 2400 listed buildings. It isn’t difficult to find a decent pint in the city either. Liverpool boasts the highest density of pubs in the country – more than 11 per square mile. From craft beer dens to old Victorian boozers, Liverpool offers a pub for every taste. 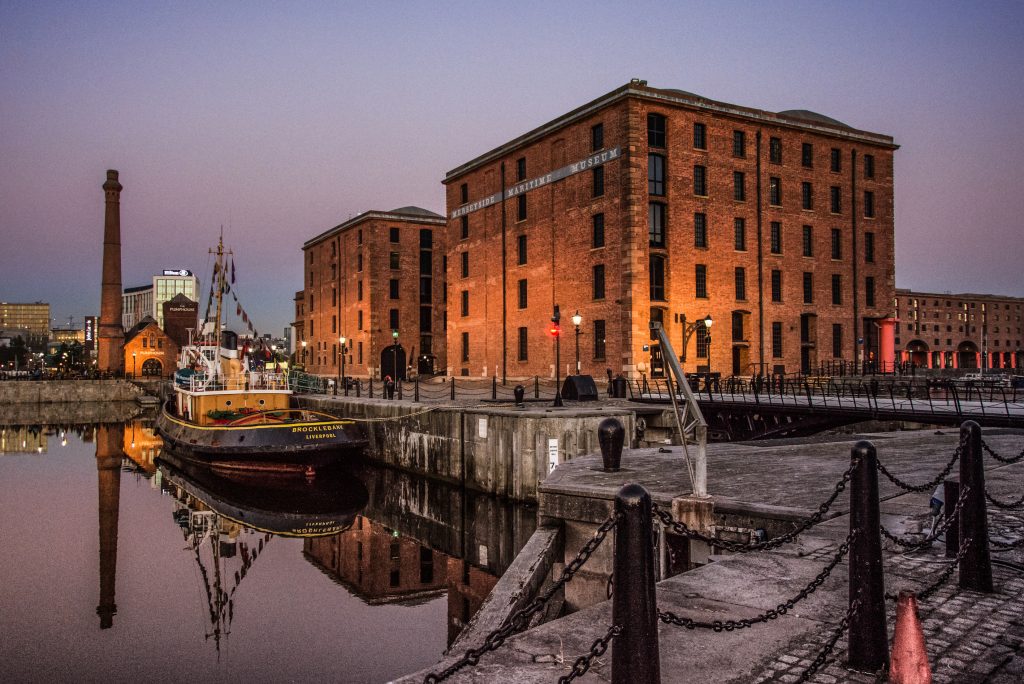 As well as real ale and local brews, many of Liverpool’s impressive 477 pubs offer some spectacular pub grub too. Traditional Sunday roasts, vegan junk food, Bavarian-inspired brunches – this is a city that has it all. Here are eight of the best pub lunches in Liverpool. 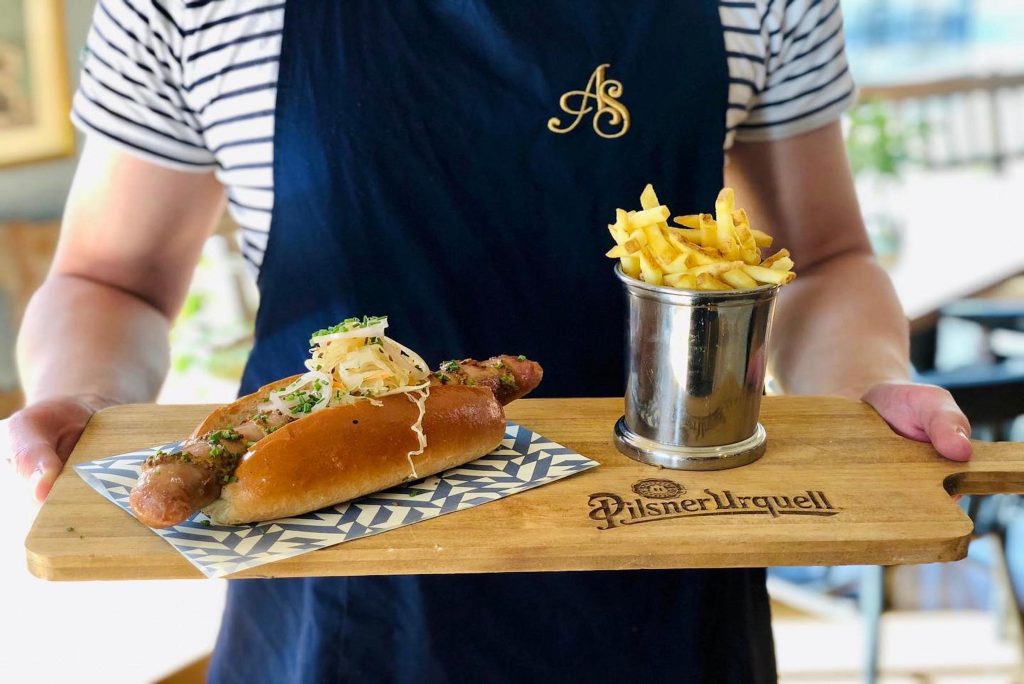 This Bavarian-inspired pub, located on Hanover Street, is an alpine retreat right in the heart of Liverpool. The pub offers more than twenty beers on tap, with biers and pilsners from Bavaria and Bohemia, alongside a few of Liverpool’s own brews. The restaurant features rustic Bavarian-inspired dishes, such as pretzels with gouda and pickles. Don’t miss the Sunday Haus Roast, with menu stalwarts such as the Schweinshaxe Bavarian pork knuckle and raclette cauliflower cheese. 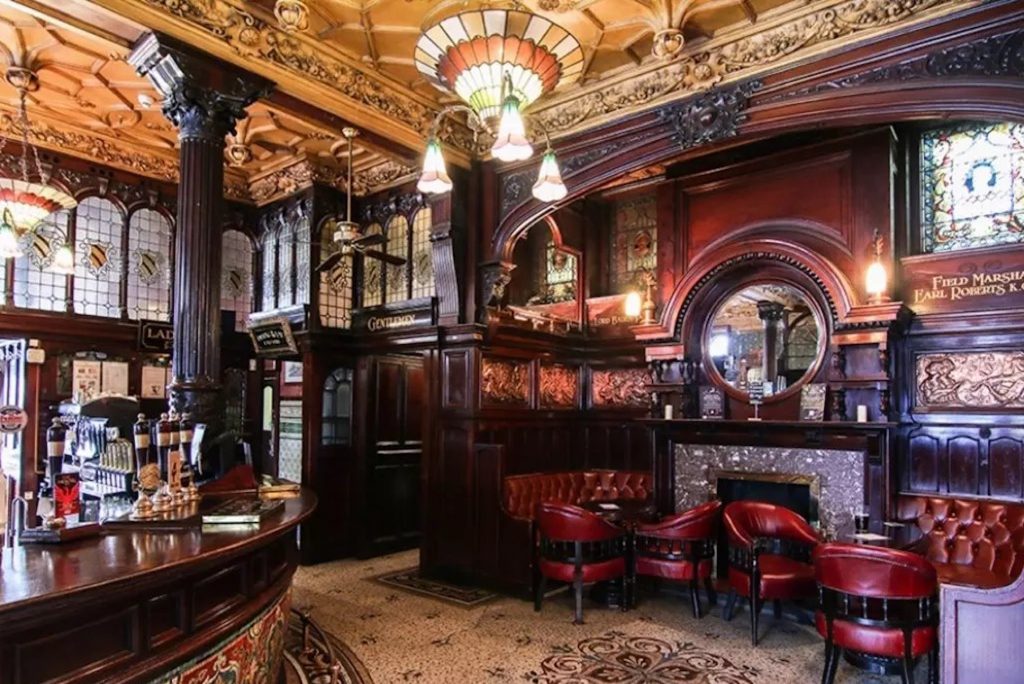 Regarded as ‘the most ornate pub in England’, the Philharmonic Dining Rooms or ‘The Phil’, is the first purpose-built Victorian pub in England to have been awarded Grade I listed status. Customers can enjoy seasonal specialties and hearty Sunday roasts amidst mahogany fireplaces, art deco chandeliers and intricate mosaic details. Built between 1898 and 1900, the building also famously boasts one of the most best-looking gents toilets in the country. 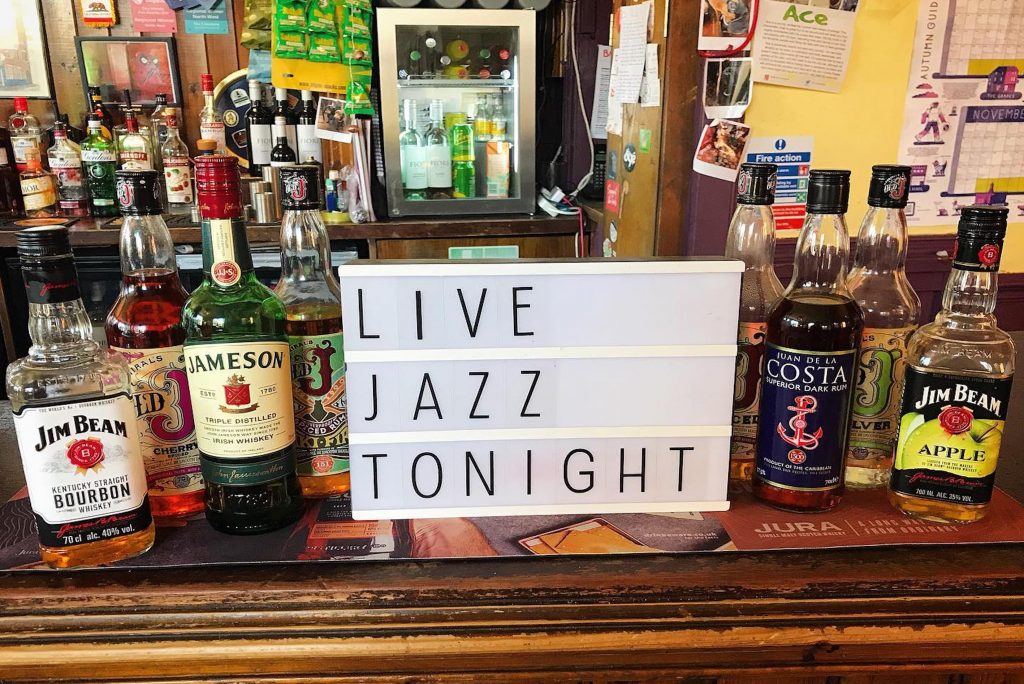 Situated on the corner of Catherine Street, The Caledonia is an old-fashioned community pub serving great ale, food and live music. Since 2017 the pub, which is one of the oldest in Liverpool, has offered an entirely vegan food and drinks menu. Specialties include mac ‘n’ cheese, southern fried chicken, and the ever-popular double beef burger with bacon. Peruse the on-site ‘community library’ and spend a Sunday afternoon holed away with a beer, burger and book in hand. 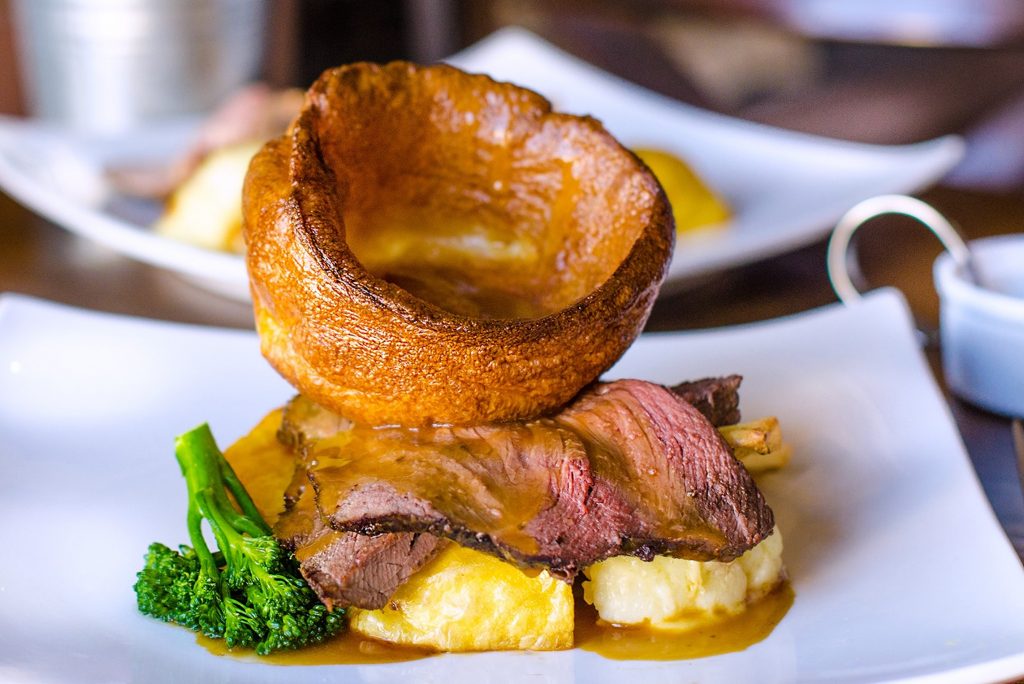 An award-winning roast dinner at The Monro (Photo: The Monro)

This multi-awarding winning gastropub, which boasts “Winner of the Best Roast in the UK” among its accolades, is located close to Liverpool Central Station. Offering roaring log fires and a wide range of ales on tap, the real draw of The Monro is the Sunday Roast. Expertly-cooked and locally-sourced, the Sunday Lunch menu changes weekly, but customers can expect fluffy Yorkshire puddings every time. 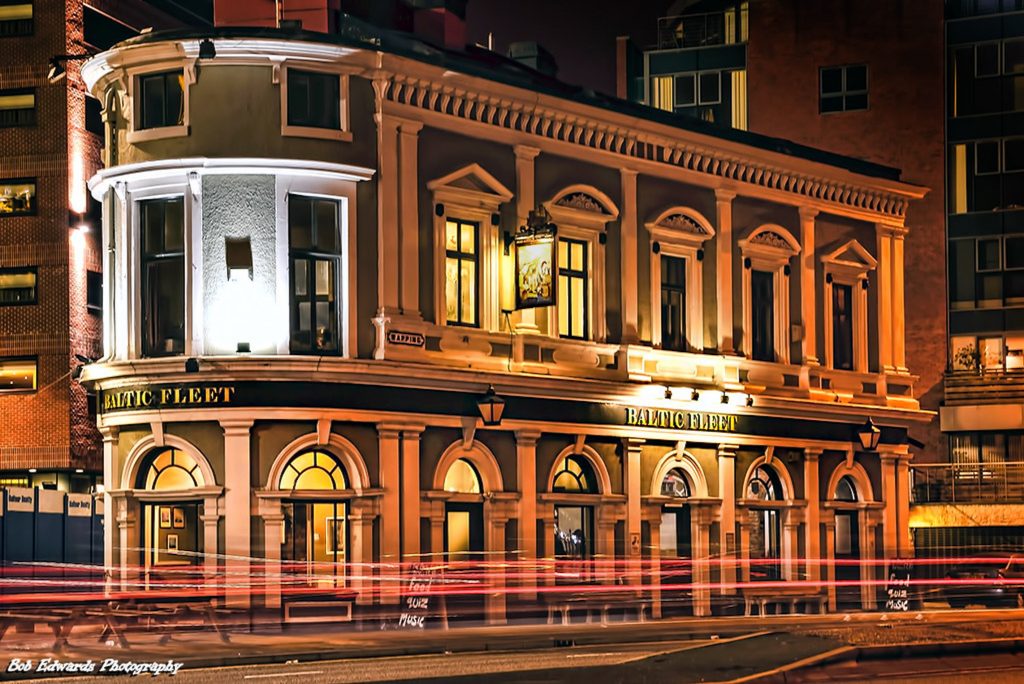 The Baltic Fleet is the only brew pub in Liverpool (Photo: Bob Edwards via Flickr/ CC BY 2.0)

Situated at the apex of the Baltic triangle, opposite Wapping Dock, this mid-19th century pub is named after the Siberian Waling shippers who used to frequent it. The Baltic Fleet is the only pub in Merseyside with its own brewery, which is located in the cellar along with a now not-so-secret tunnel leading out to the docklands. Hearty lunches include soups, sandwiches and scouse – a traditional local stew served with crusty bread and red cabbage or beetroot. 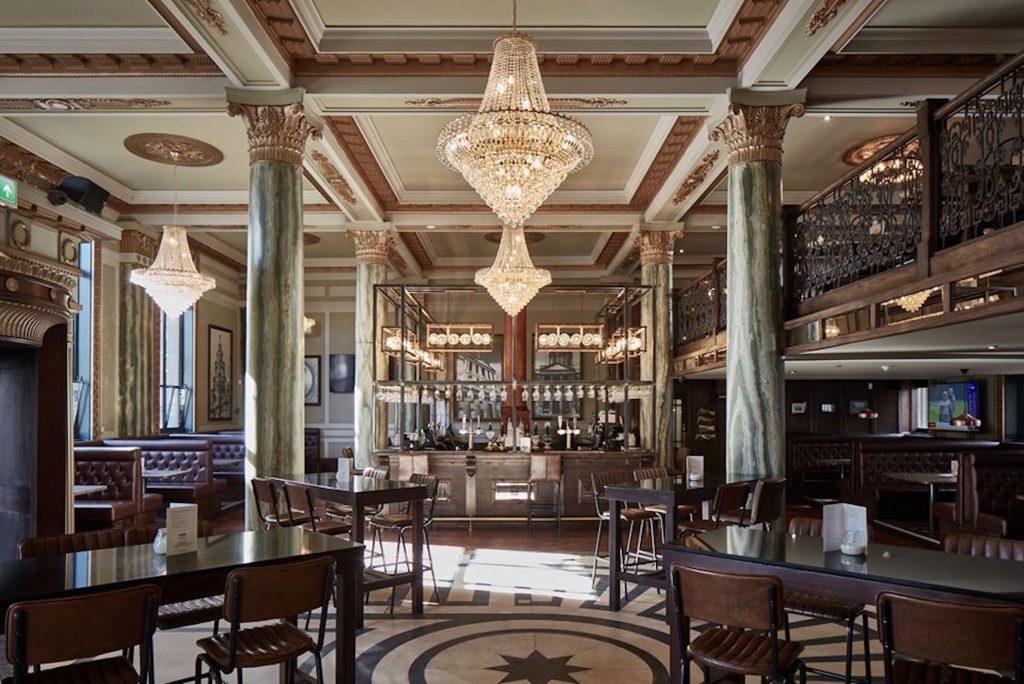 Formerly the First National Bank of Liverpool, this vast building now houses a poplar pub. Constructed in around 1920, the pub features a stunning listed interior with plenty of nods to Liverpool’s waterfront history and a mezzanine-level cocktail bar offering sweeping views of the spectacular restaurant. A traditional menu features the classics, including as steak and chips, posh pies and plenty of puddings. 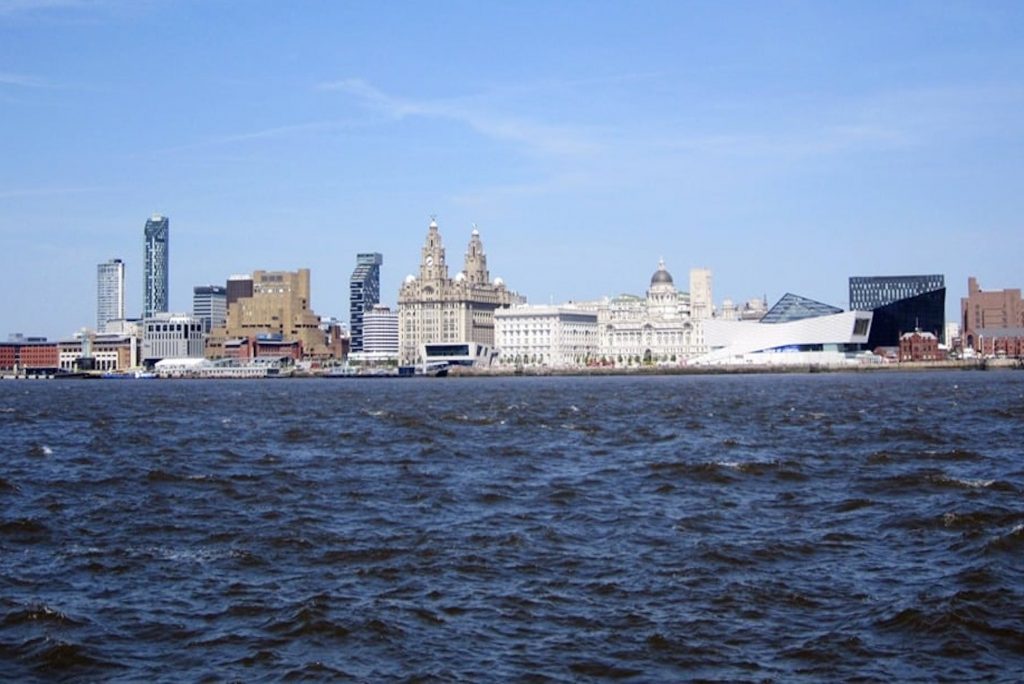 For food with a view, take a short ferry ride to the Banks of the Mersey. The Ferry offers sweeping views across the River Mersey of the iconic Liverpool skyline. Locals love it for its generous portions and superb Sunday lunches, as well as its expansive views. The pub has been a popular spot with locals for more than 100 years. 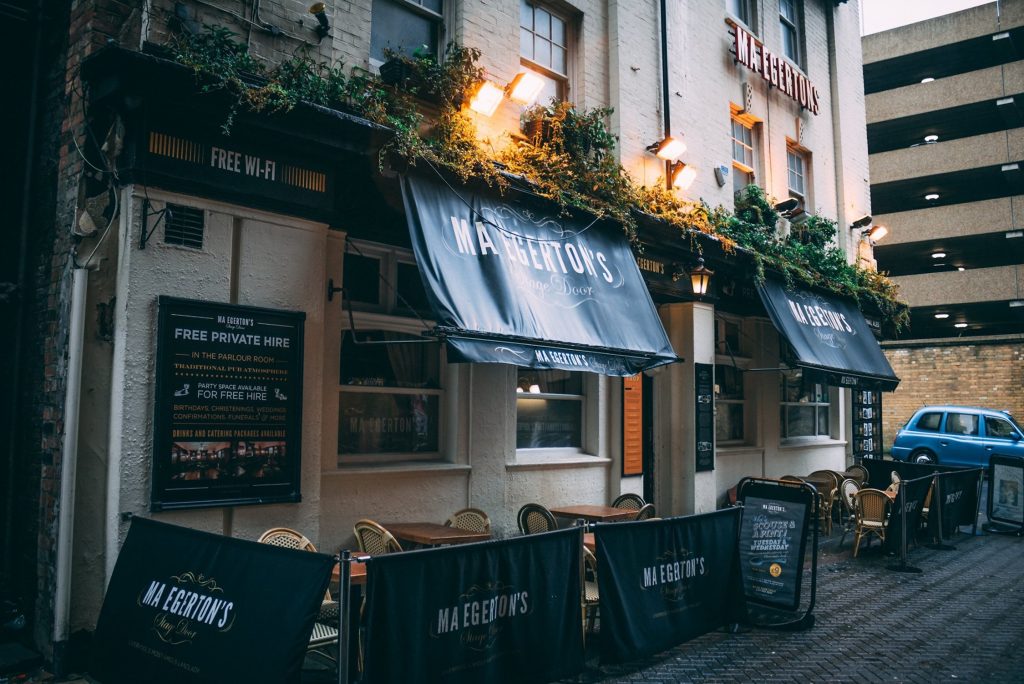