Universally popular, pizza is the go-to dining option for almost all social situations – from clumsy first dates to children’s birthday parties. But, while it may be widely appreciated, it isn’t always treated with the care and respect it deserves. Even in London, which is now thronging with pizza providers, city folk are all too often subjected to burnt bottoms, stuffed crusts and the great ham and pineapple debate. 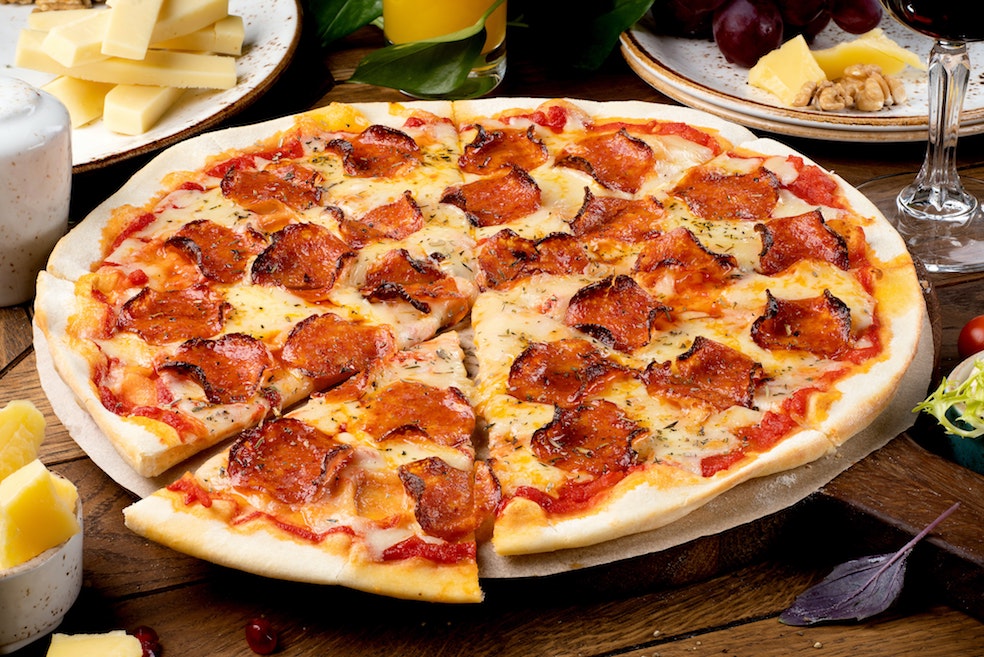 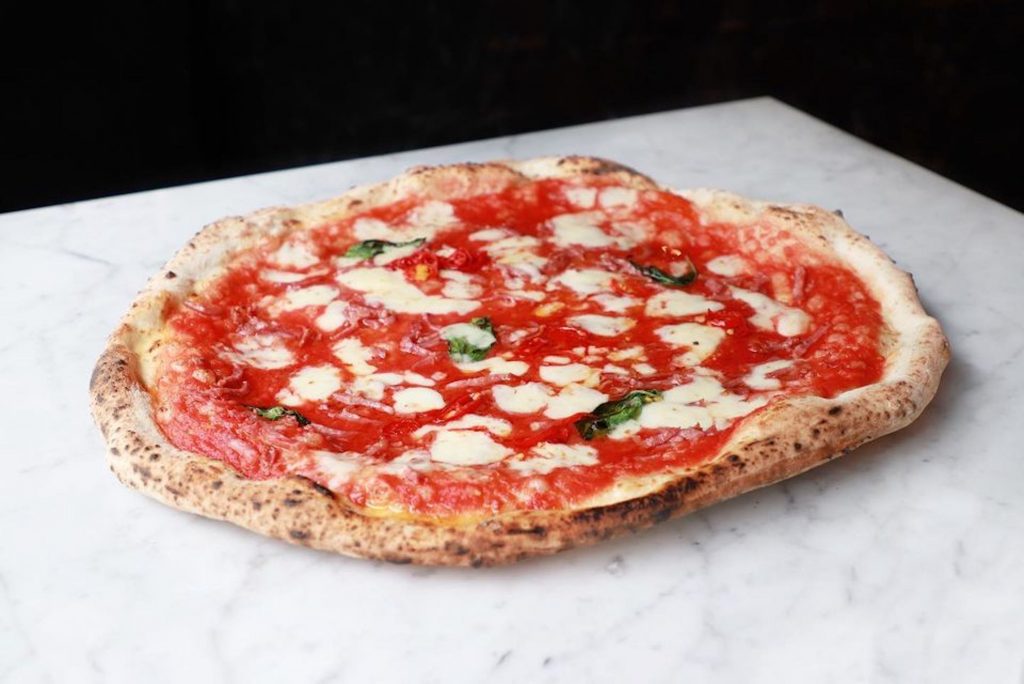 Purveyors of Neapolitan-style pizza perfection, L’Antica Pizzeria has won countless accolades. The famous pizza joint, which opened in Naples in 1870 and has since featured in Hollywood’s ‘Eat, Pray, Love’, opened its second-ever branch in London in early 2017. Choose the traditional Pizza Margherita, which is hand-pulled, served with a blistered rim and a soft, molten centre  Don’t expect anything crispy – an authentic Neapolitan pizza is always soft enough to fold.

‘The Kashmiri Dahl’ at Crate Brewery 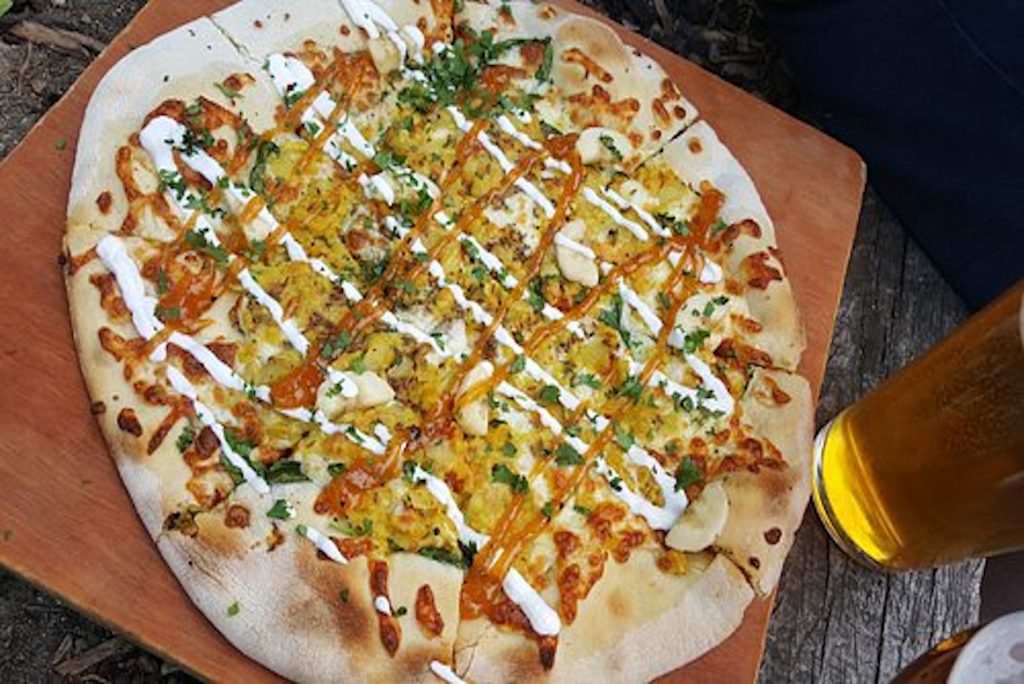 As well as boasting brilliant beers and beards, this canal-side brewery on the River Lea offers some of the best pizza in London. Stone-baked pizzas arrive with a Roman-style thin and crispy base, topped with innovative flavour combinations. Pizza purists aside, everybody should try the ‘Kashmiri Dahl’ at some point in their life; a pizza topped with mozzarella, spinach, crispy shallots, curried lentils, yoghurt, banana slices and a healthy dollop of mango chutney.

‘The Zucca’ at Sud Italia Pizza 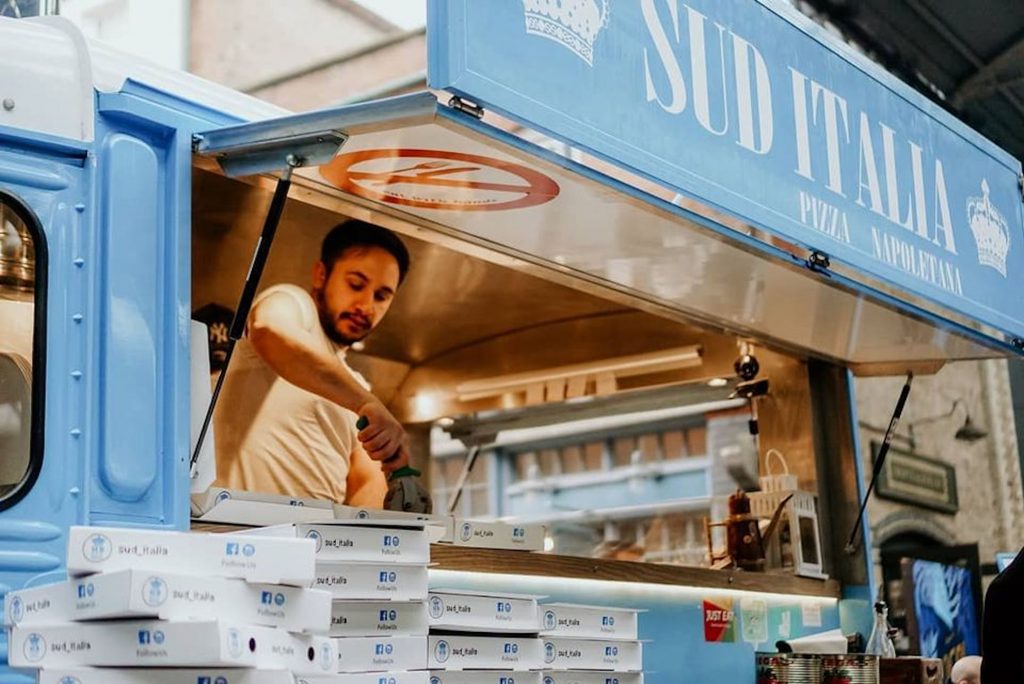 This unsuspecting truck in Old Spitalfields Market is home to what the Italian national newspaper La Republica has called ‘the closest thing in London to Naples’. Here, the dough is prepped with a blend of Italian flours, then left to rise for up to 36 hours. Try the ‘Zucca Pizza’, which uses purified pumpkin, instead of tomato, as a base. The chefs are generous with huge hunks of gorgonzola, plenty of fresh basil and pecorino sardo DOP.

Any Calzone at Oi Vita 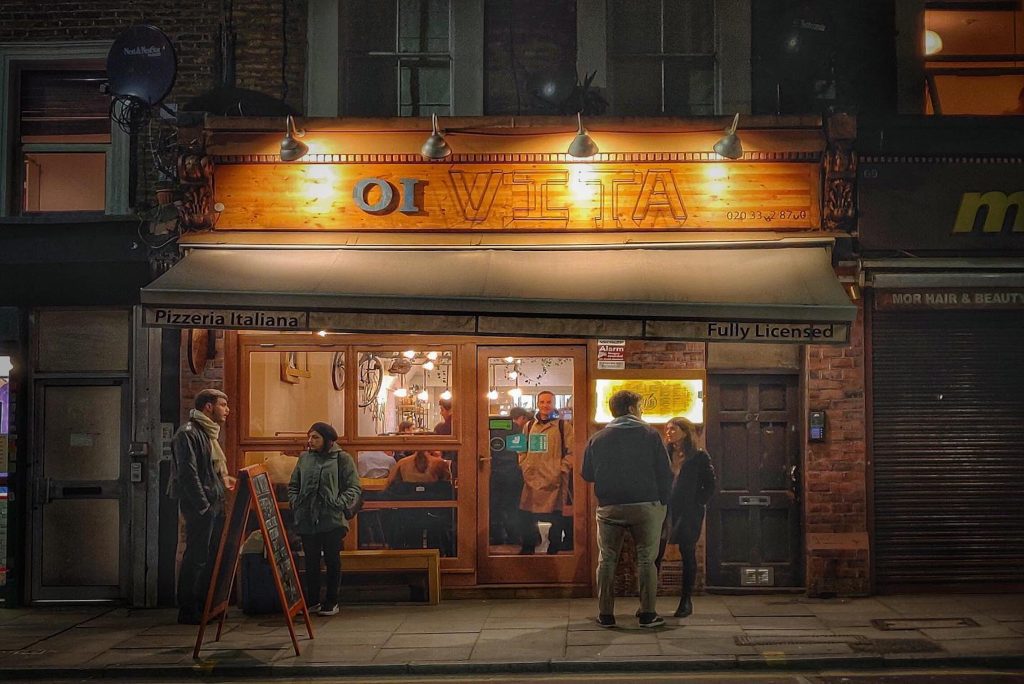 A slice of Italy in Newington Green (Photo: Oi Vita)

At Oi Vita, fluffy pizza bases and the finest DOP ingredients combine to make monstrously good pizza, but the crown undoubtedly goes to their calzone. These oven-baked inside-out pizzas are both stuffed and covered with fresh mozzarella. You can also order your pizza ‘Frusta’, rolled up like a wrap. The dessert menu is equally impressive, with usual suspects like tiramisu, but best of all is the Bocconcini di Pizza – friends dough balls topped with Nutella. 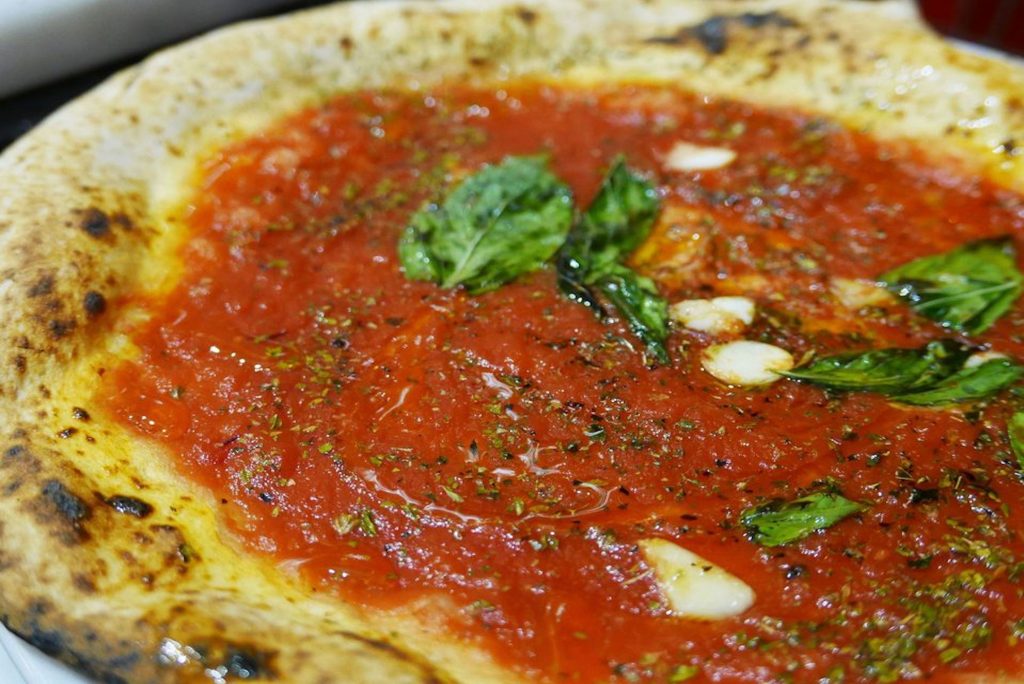 At 50 Kalo, less is more. Conveniently located off Trafalgar Square, this Neapolitan pizza joint won the title of ‘Best Pizza in Europe’ outside of Italy at the end of last year. Pizza bases are soft, pillowy and charred to perfection. Try the Pizza Marinara which combines a rich tomato sauce with olive oil, garlic and oregano. Undoubtedly simple but undeniably delicious. The restaurant is large but – unsurprisingly – there’s never an empty seat in the house. 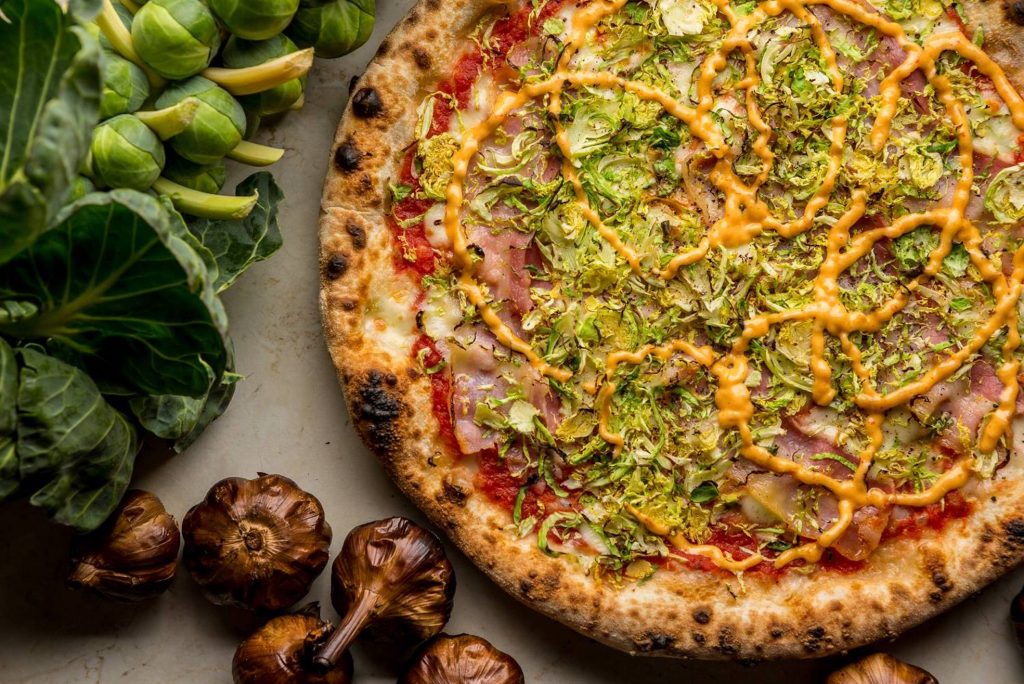 Far from traditional, Yard Sale has gained a cult following since opening its doors in 2013. With branches in Finsbury Park, Walthamstow, Leytonstone, Hackney Road and East Dulwich, the fuss-free pizza chain has established an empire in all four corners of London. Pizza here is served in two sizes 12” or 18”. You could go for the smaller, but why would you? Go big or go home. The same could be said for your topping choice. Try “The Wolf” with chestnut mushrooms, red onion and speck ham or the “New Porker”, with fresh Sicilian sausage and a heavy hit of guindilla chillies. 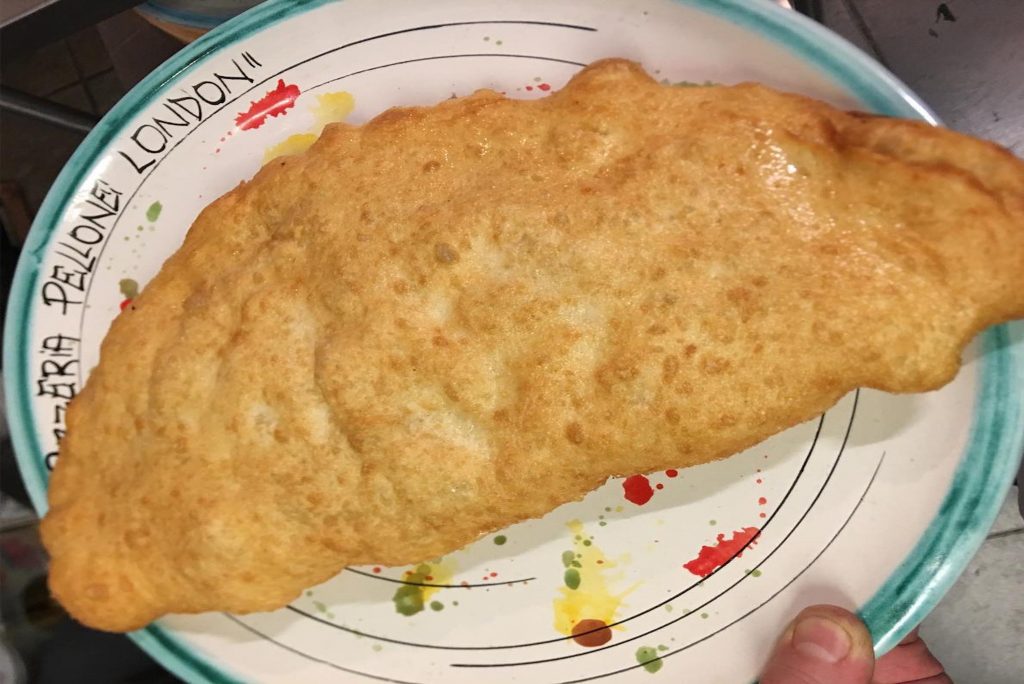 Another pizzeria offering traditional Neapolitan pizzas, but this restaurant is best known for its famous Calzone Fritto. Patiently leavened dough is stuffed with ricotta cheese, mozzarella, Neapolitan salami, tomato sauce, then folded and deep fried. It’s worth burning your mouth a hundred times on these hot parcels of heaven. The menu is stuffed with the classics, with most ingredients proudly sourced from Italy –  even the caputo flour. 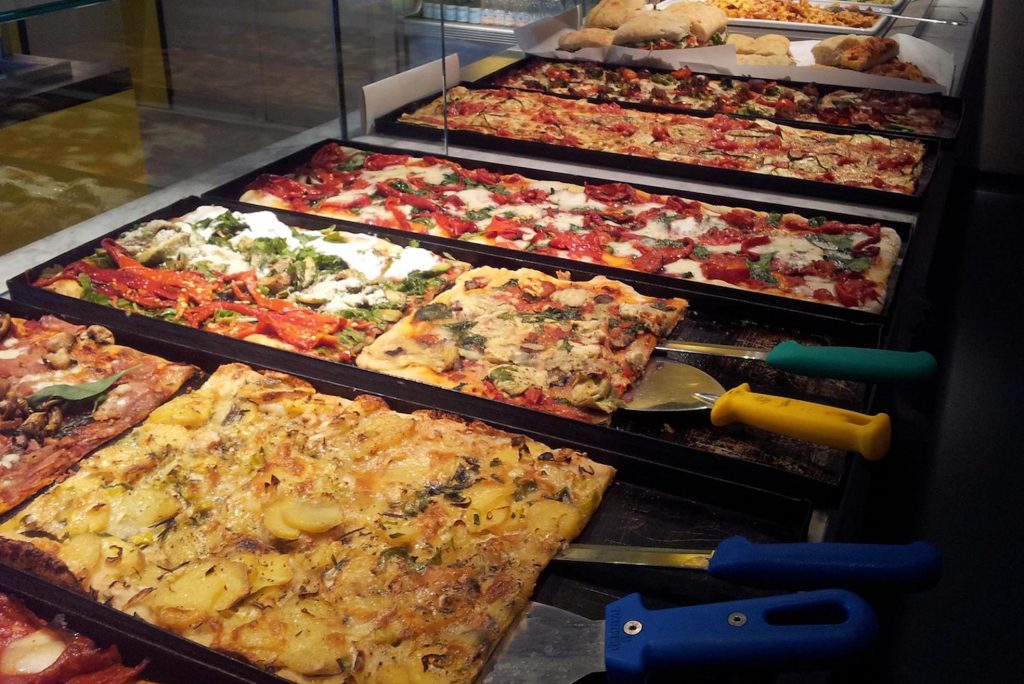 While much is – rightly – said of traditional Neapolitan pizza, less is said about the Roman iteration, which is quite different. Unlike the soft, doughy base served in Naples, a Roman pizza has a crispy bottom, sliced into rectangles (al taglio) or served whole at a restaurant (tondo). For the best Roman-style pizza in London, try Malletti. Located in Clerkenwell, pizza is served al taglio for a bargain £4. Expect all of the classics, as well as some lesser-known combinations, like “The Parmentier”, with cheese leeks and potatoes.Â 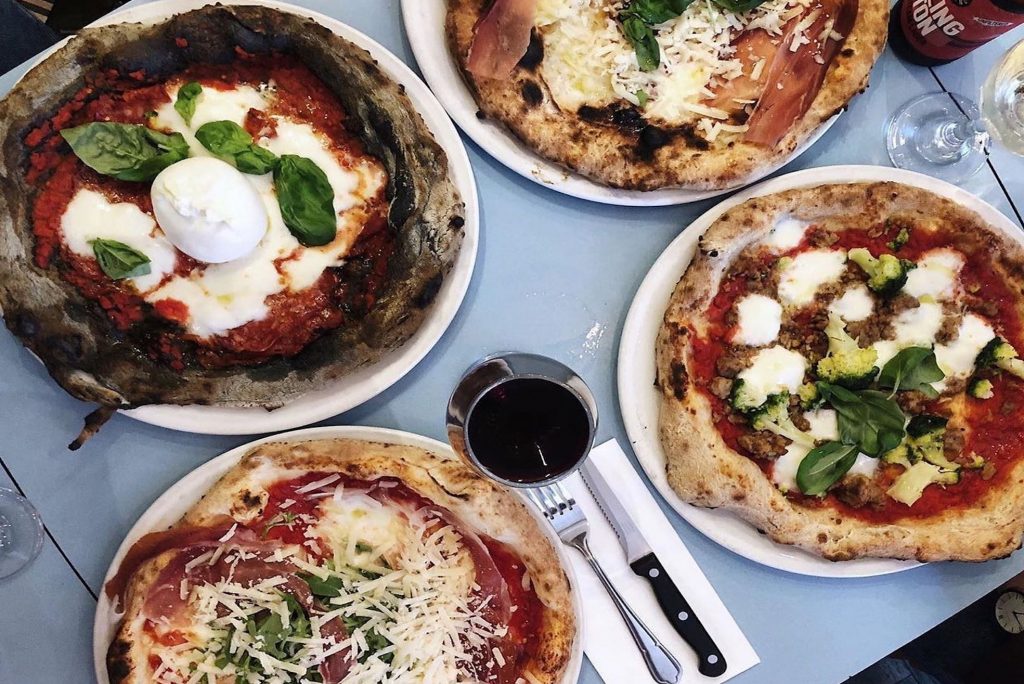 Four types of carb to choose from at Zia Lucca (Photo: Zia Lucca)

The pizzas at Zia Lucia are much like the restaurant’s namesake – Auntie Lucia – gutsy and inspiring. It also offers the most customisable pizza in London. First, choose from four different doughs: traditional, gluten-free, whole wheat and charcoal. Then select one of the 16 different flavour combinations which include “The Parmigiana” made with plenty of mozzarella, parmigiana and aubergines and “The Arianna Sbagliata”, made with mozzarella, fresh sausage, honey and truffle oil. The original restaurant is in Holloway, and there are now outposts in Aldgate East, Boxpark Wembley, Wandsworth and Hammersmith. 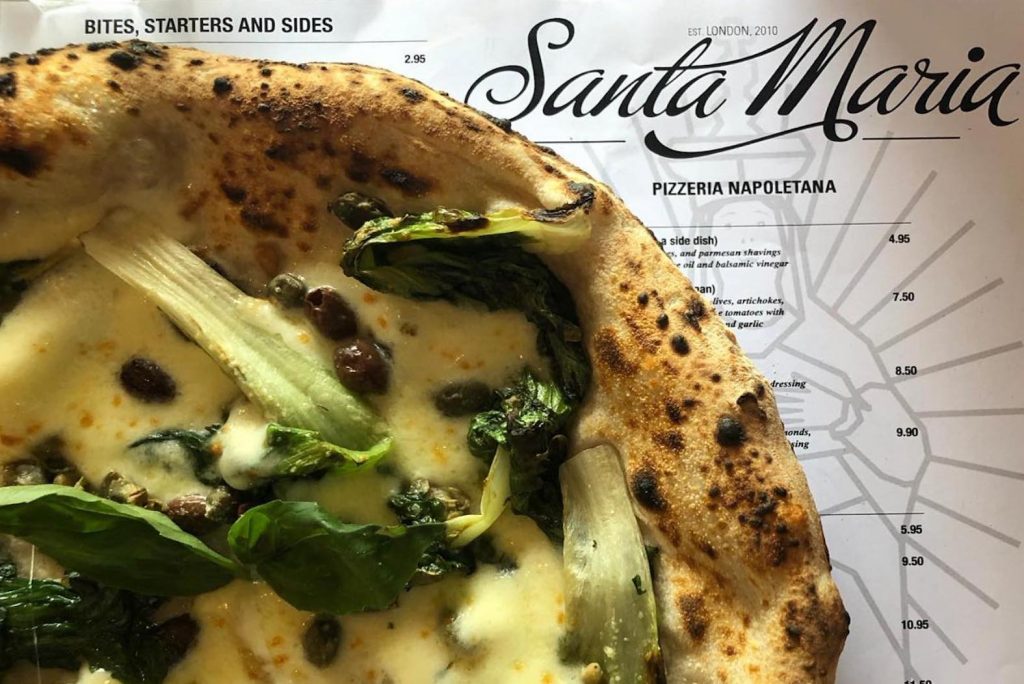 The local pizzeria offers a wide range of options for Vegans too (Photo: Santa Maria)

Santa Maria is just the sort of local everybody wants to have in their neighborhood. The pizza is Neapolitan through and through, but provenance is key. San Marzano tomatoes and fior di latte are sourced in Campania, the meatballs are made from free-range North Yorkshire pork, the wood fired oven was imported from Italy. Now, celebrating its 10 year anniversary, the restaurant still prides itself on quality and quantity at affordable prices. Unsurprisingly, the restaurant is still as busy as ever.