During the Middle Ages, Norwich was one of the largest and most important cities in England. One can expect, then, cobbled lanes, aging religious institutions and plenty of history, and much of it is possible to visit for free. But keep some time spare to explore the great outdoors too, as the Norfolk Broads National Park is close by. 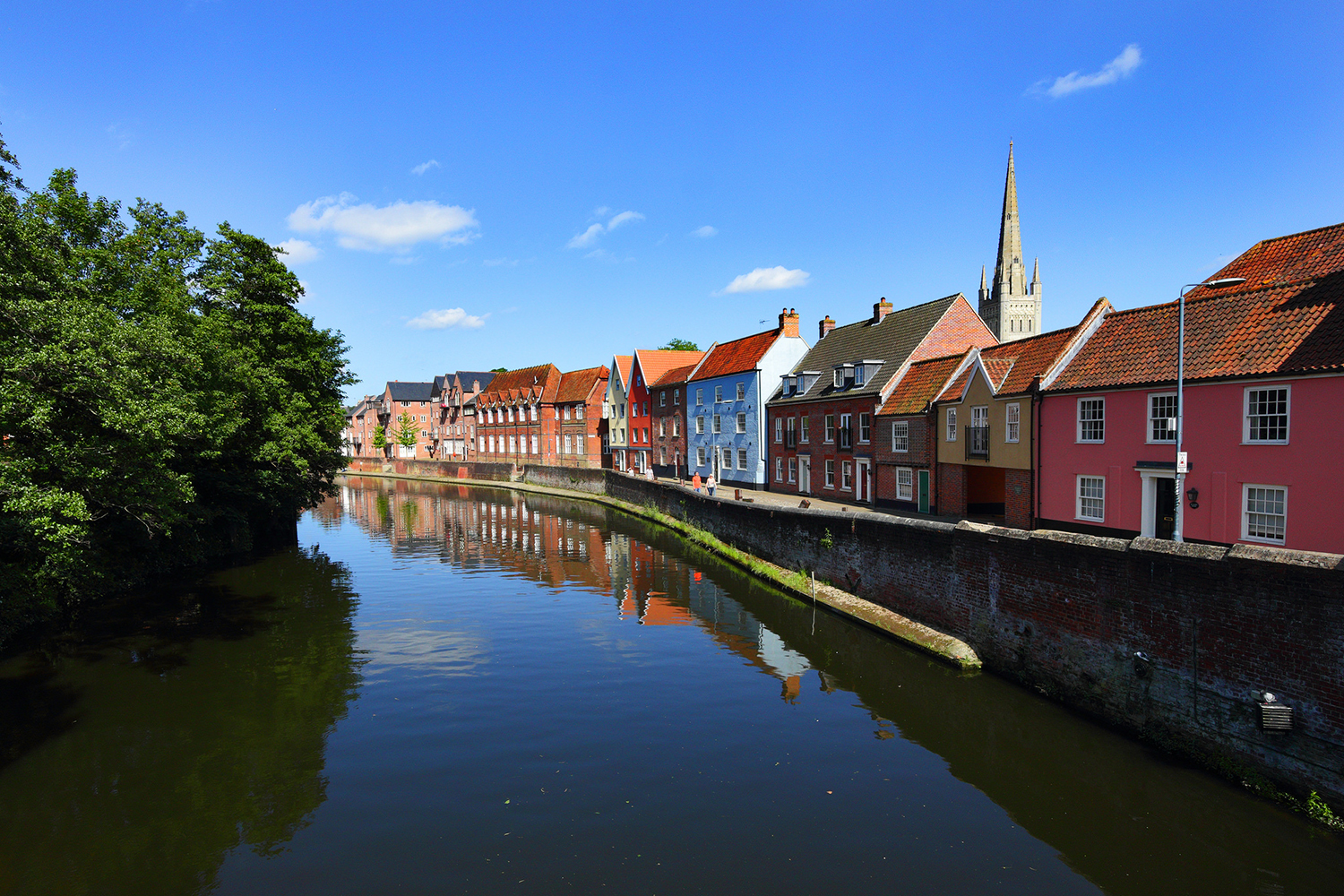 Mention Norfolk to anybody in Britain who has not been there before, and they may immediately think of Coleman’s Mustard (although the factory has sadly been scheduled to close) and Alan Partridge (who is soon to return to TV screens). The city has many more layers than that however. With important architecture, museums, natural spaces, theatres and historic buildings to its name, there’s more than enough to keep most people occupied during a trip.

Norwich was designated a UNESCO City of Literature in 2012 for its historic association with publishing and the championing of education. Some of Britain’s first newspapers and libraries were founded in the city. Traces of the past are to be found everywhere in the city, but there are also some quality modern cultural institutions keeping the city relevant. Here are some of the best options for things to do in Norwich that are either free or affordable. 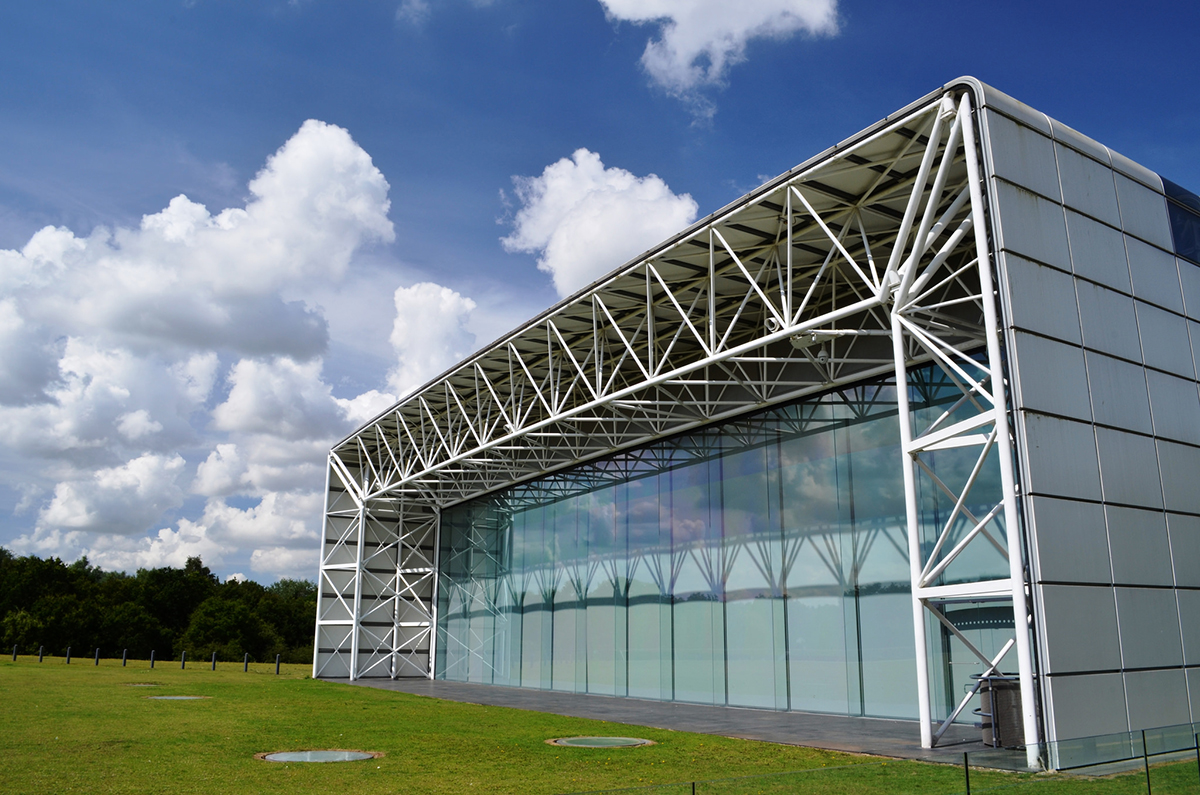 The arts are still championed in Norwich as much now as they were in the past. This is, in part, thanks to the University of East Anglia. Housed in a modern glass and steel building designed by world-renowned architect Norman Foster, there are permanent collections (free entry) of medieval art from around the world, European modern art by artists like Degas, Picasso and Francis Bacon, and abstract art from the Paris School. There are also plenty of special events, workshops and talks going on around the year. 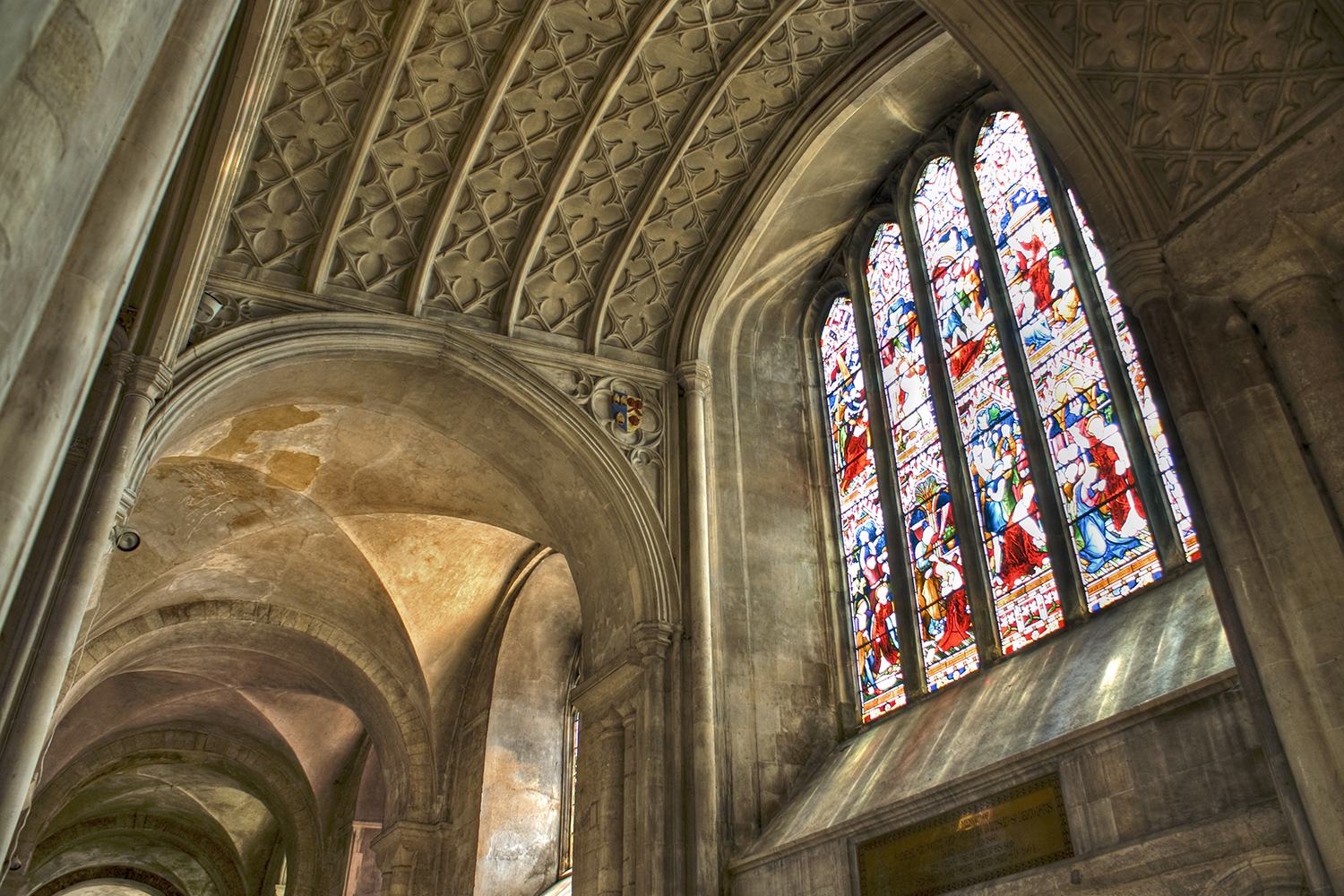 Because it was completed in 1145, Norwich Cathedral has the distinction of being one of the most complete expositions of Romanesque architecture in the UK, if not Europe. While the nave is not quite as grandiose as some of the later Gothic cathedrals, the peaceful cloisters and Japanese garden give the place a serene atmosphere. The cathedral has many of the usual religious events, but also hosts live music such as blues and jazz. There is a café on site, making for a good pit-stop too. Look out for the peregrine falcons which occasionally nest in the spire.

Traditional English gardens grace the grounds beside Norwich’s second cathedral, St John the Baptist. There are lots of ornate features in the century-old gardens, like a Gothic fountain and a Medieval terrace wall. There are also patches of woodland, manicured lawns and flowerbeds. At £2 per person, entry is well worth the price, particularly on a sunny day, when the light adds an additional touch of chiaroscuro to the design. The gardens can get quite busy on sunny summer days. 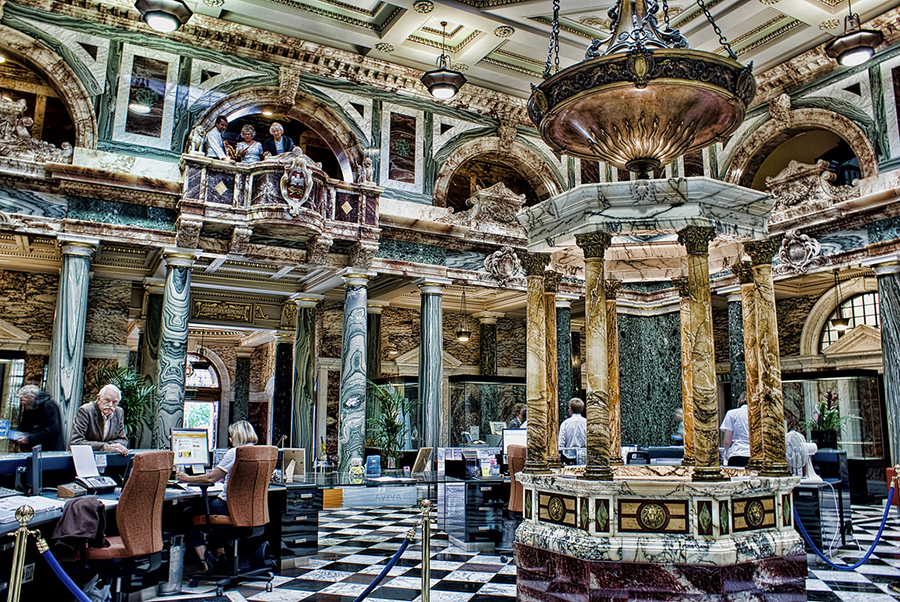 Local architect George Skipper is responsible for much of the Edwardian and Victorian buildings in Norwich, but perhaps his finest work is Surrey House. The columned exterior is impressive, but it is the interior space, which holds the head offices of Aviva, that draws visitors. Utilising 15 different types of marble for columns, arches and floors, he created a singularly beautiful space. Bearing in mind that this is a working office, visits are best planned to cause the least disruption possible. Tours of Marble Hall are free but must be arranged in advance by calling (+44) 01603 681062. 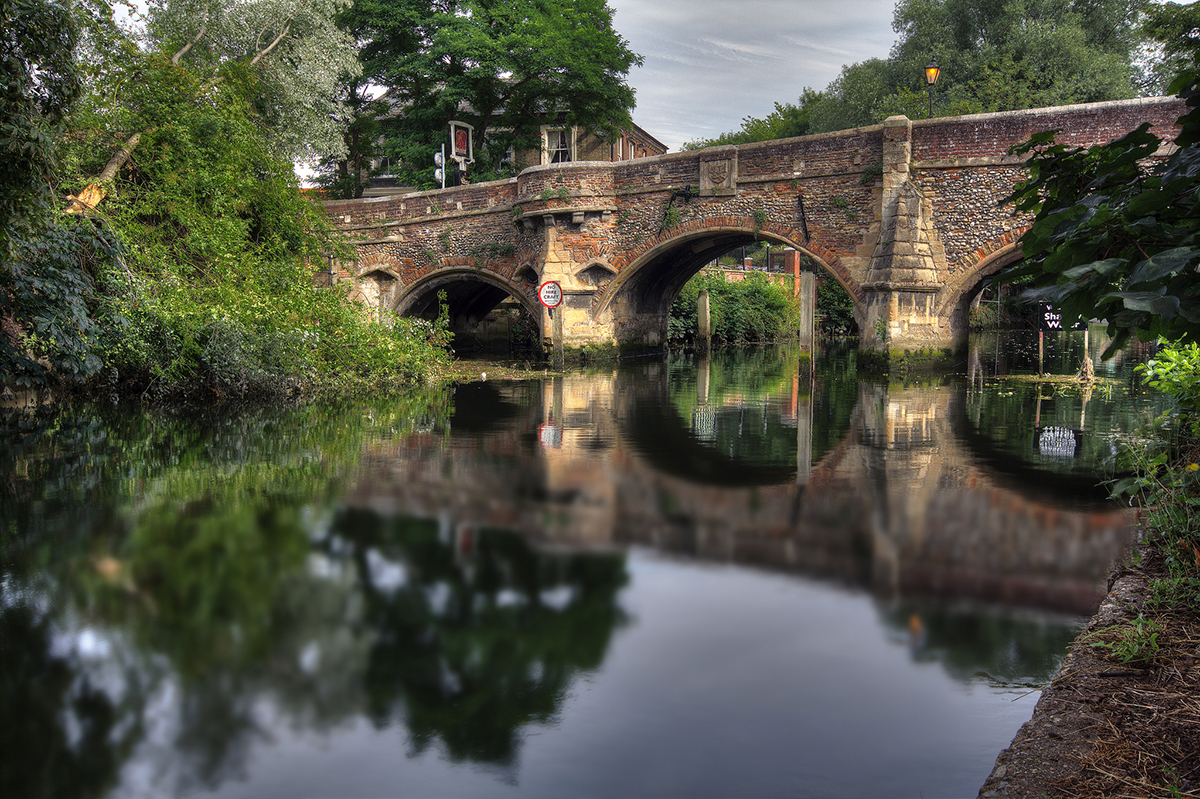 Bishop Bridge was built in 1340 (Photo: Colin via Flickr)

Much of central Norwich is cradled in a bow of the meandering River Wensum. A path along the tree-lined riverbank is pleasant, but also passes some intriguing historical buildings such as the 14th-century Cow Tower, a still-robust artillery tower that is free to enter. The path passes under the Pulls Ferry building, which was once a water gate and ferry house. Two bridges of note are also along the way. The curving, modern Jarrold Bridge and the weathered stone Bishop Bridge, which has helped pedestrians to cross the river for over 680 years.

Between Whitefriars and Prince of Wales Road